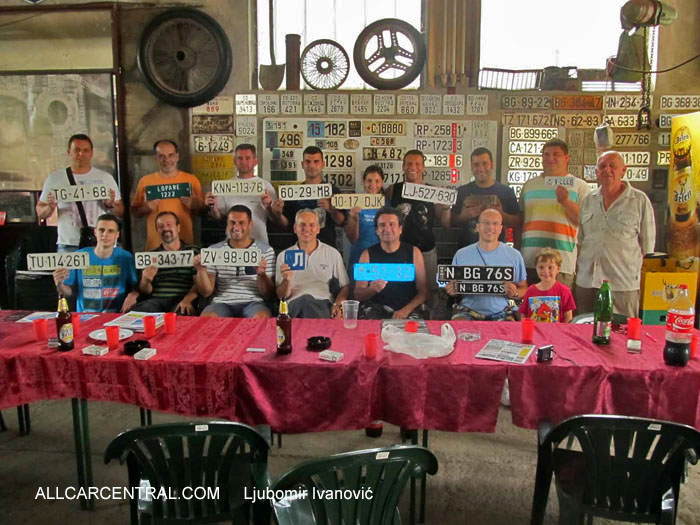 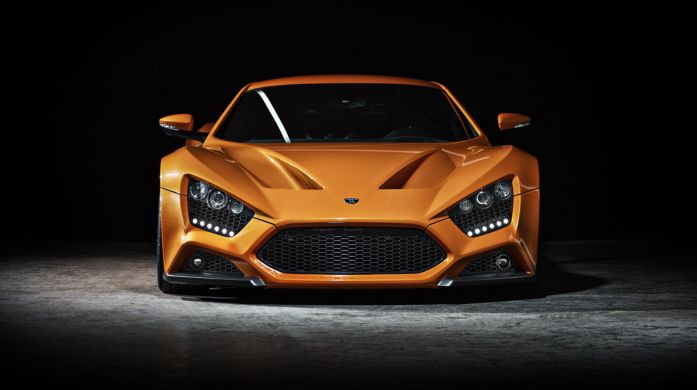 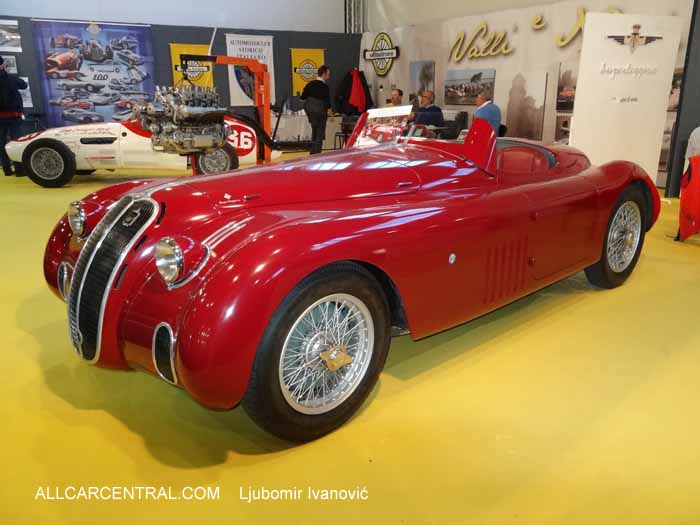 The vintage vehicle fair, Auto e Moto d'Epoca at Padova is the largest international event of this type in Europe and with its long tradition brings together a large number of exhibitors and visitors.

On display for all attendees to enjoy are Vehicles representing the work of 38 manufacturers for the year 2015 and beyond.

This show also provides viewers a look at the latest in exotic sports cars plus alternative fuel and hybrid vehicles. The feature car this year was the Jaguar and a total of 47 cars were on display starting with the Pre War models, the SS 90 and the SS 100.

Also featured each year is a classic boat display that seems to grown each year.

If you like classic cars and a week of motoring events the HHI Motoring Festival should be on your 2015 calendar. 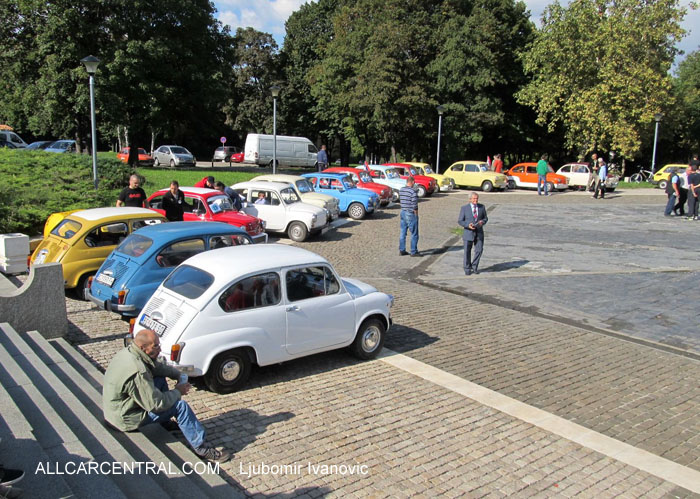 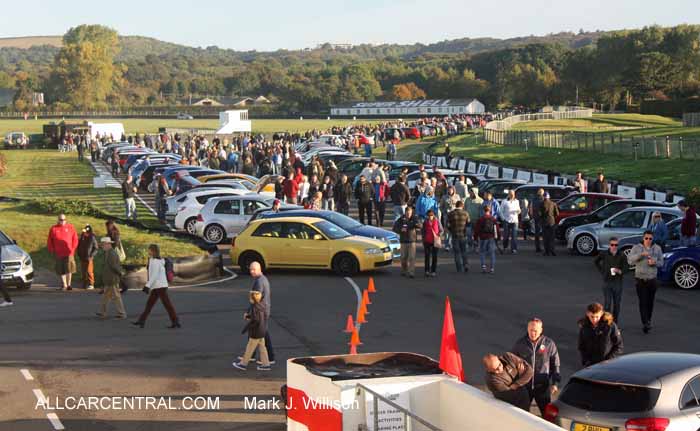 The theme for this month's meeting was Hot Hatches; but being The Breakfast Club, this was kept to the very loosest of definitions.

The term "Hot Hatch", was first coined following the release of the rather wonderful VW Golf GTi as early as 1975 for its home market. 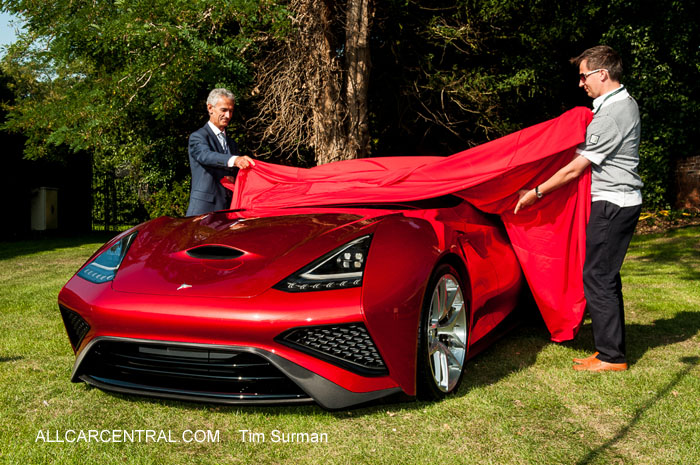 The only motor show in the UK to focus purely on Supercars, Hypercars, Megacars and Concept cars.

For those that enjoy all things extravagant, and let's face it, who doesn't if you're a car buff? And you happen to be in the London area early September, then you must work your way to Syon House, and is 20 minute taxi ride from Heathrow. 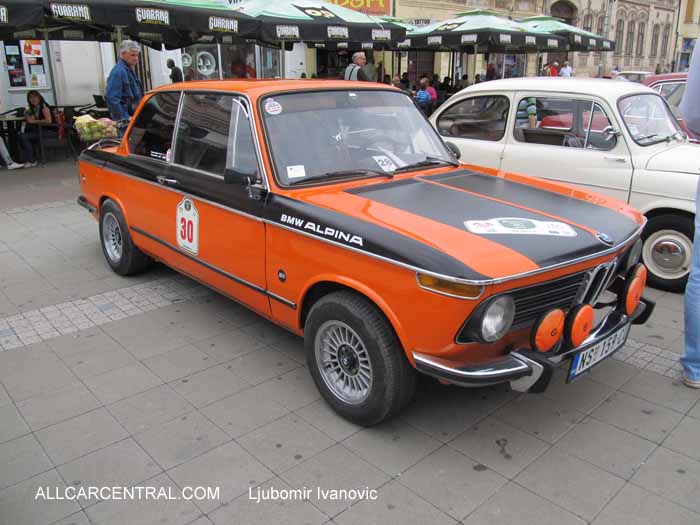 Auto Moto Club "Veteran Sremac" from Sremska Mitrovica, meets with special collection of historic vehicles in Sremska Mitrovica. and ending in the Zasavica Nature Reserve for awards and food. 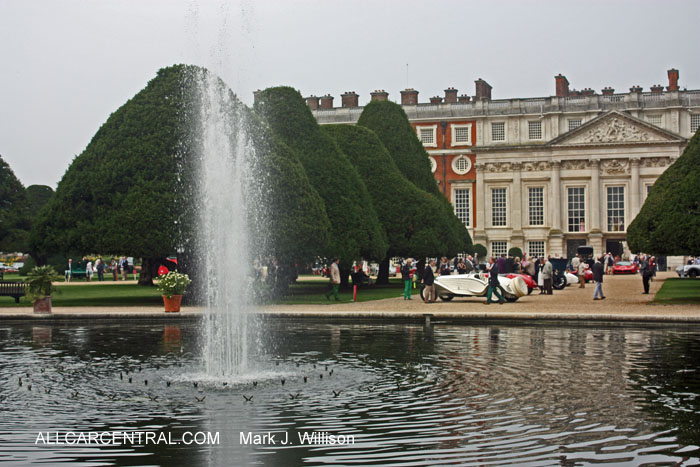 "Fountain and Ferrari's" A beautiful event including an amazing display of Maserati's, Bentley's along with other coach built exotica.

The Concours Entry List is expansive in its diversity and so far reveled cars running from a 1896 Lutzmann and the 1973 Porsche 911 Carrera RSR Targa Florio 1973 Targa Florio Winner to .... 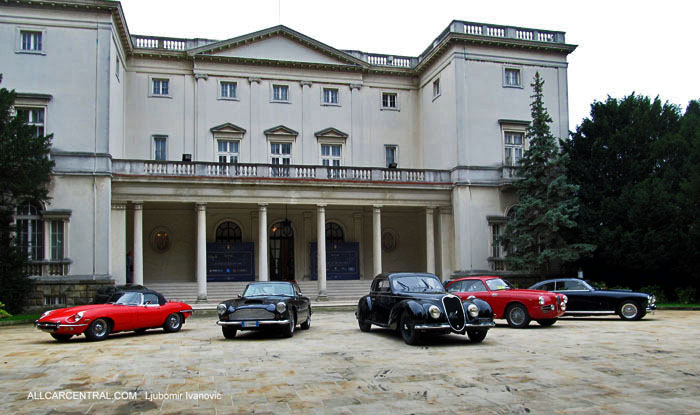 The fourth edition of the "24 hours of Elegance - Concours d'Elegance & Luxury Salon," curated by Alex Dordevic and Degorsi luxury consulting,

Held at the Royal palace under the patronage of His Royal Highness Hereditary Prince Alexander, with support from the Grand Casino Belgrade and Tourist Organization of Belgrade. 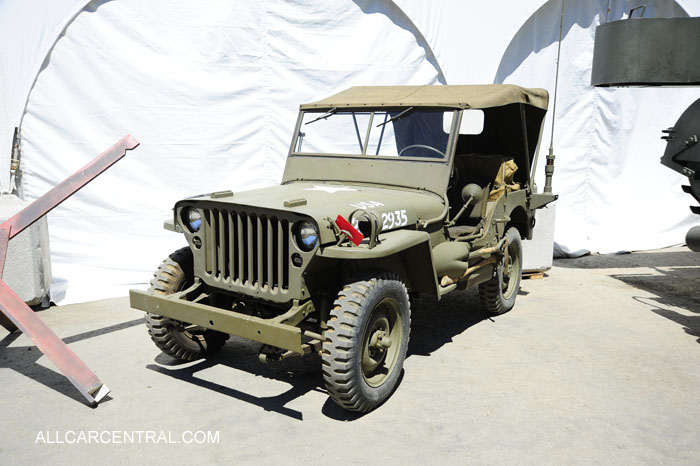 In addition to the collection of aircraft, on the grounds will be an impressive selection of classic cars and military vehicles 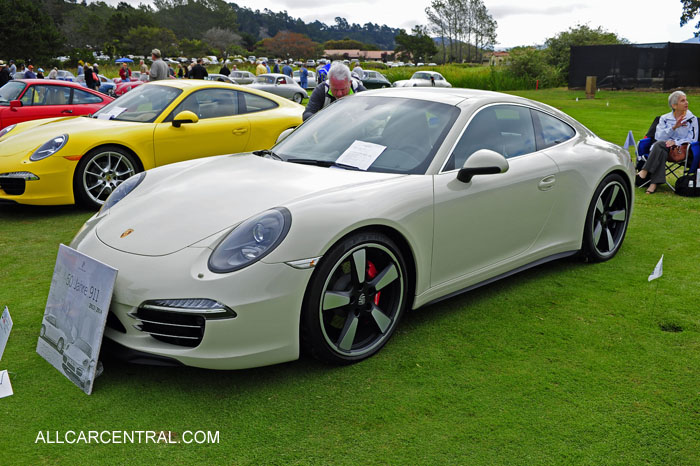 The First annual Porsche Works Reunion was created and run by The Porsche Club of America. The show was very laid back with many cars being judged. But for the most part the day was about having a look at each other's cars and conversations. What I liked were the special displays of Porsche racecars. Having the storyboards noting the uniqueness of the cars completed the effect. 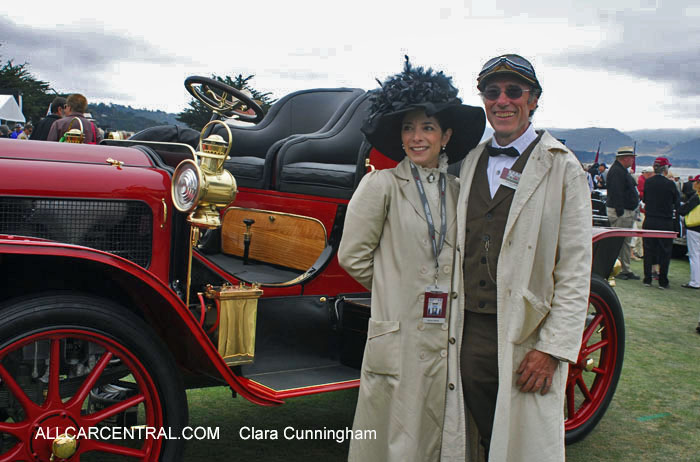 The 64th annual Pebble Beach Concours d'Elegance on Sunday, August 17, at The Lodge at Pebble Beach will again field the over-the-top collection of automobiles that has helped shape the car as we know it today.

Maserati, will take center stage at this years event and make note of the first 100 years of Maserati cars.

Other marques slated for the lawn are; Ruxtons, Tatras, postwar Rolls-Royce Phantoms, and the Ferrari 250 Testa Rossas, antique steamers and automobiles with the elegant coachwork of Fernandez et Darrin. 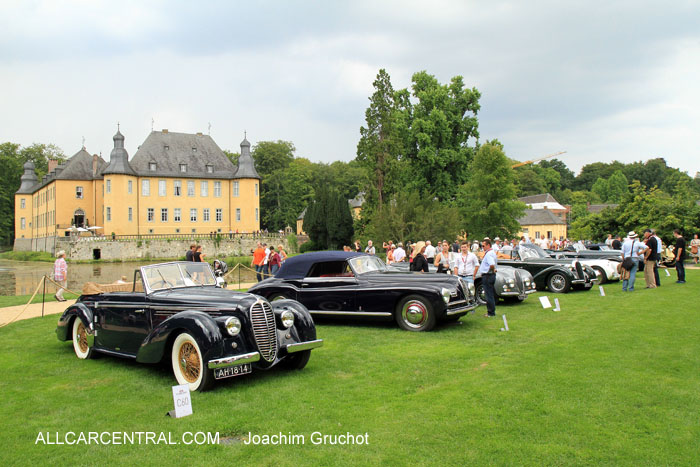 Called The largest automobile Garden Party - the Classic and Motor Festival held at Schloss Dyck and Conservation of Palace and Park.

This year the event is dedicated to the memory of one very famous racing driver of the golden age of auto racing, Wolfgang Graf Berghe von Trips, 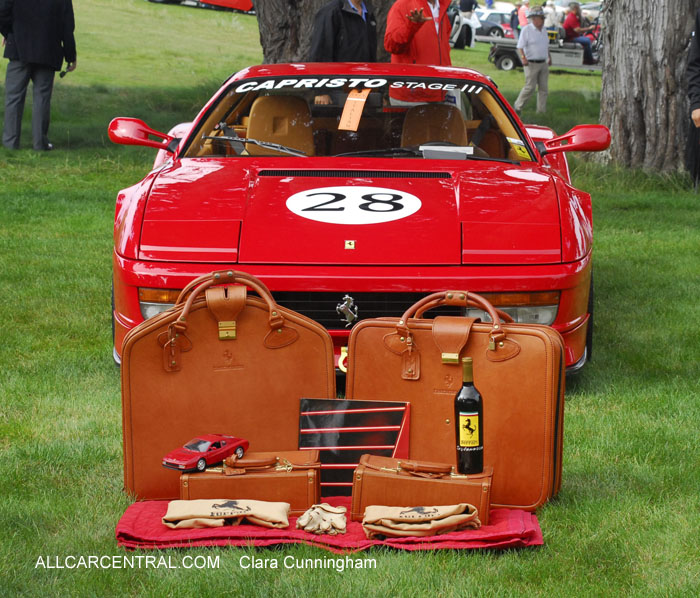 The Maserati Club International will be at the Concorso to celebrate the 100 years of Maserati. 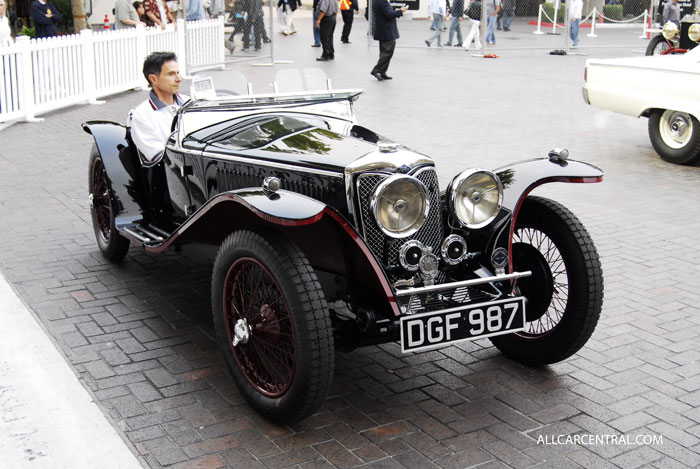 Race Cars on the road
Historic downtown at Alvarado Street, Monterey will be an outdoor motorsports museum between 5 and 7 p.m. on Friday, August 8, 2014.

Police will escort a fantastic selection of historic race cars from the Rolex Monterey Motorsports Reunion at Mazda Raceway Laguna Seca, down Highway 68 to the beautiful Old Monterey where they will be on display for the downtown community to freely walk among the race cars, take pictures beside them and ask questions of their owners.

Over the this weekend these same cars and many, many more exotic, loud, fast, and beautiful cars will be raced at their top speed around the historic and world class Mazda Raceway Laguna Seca track set in the beautiful hills above the Monterey Bay. 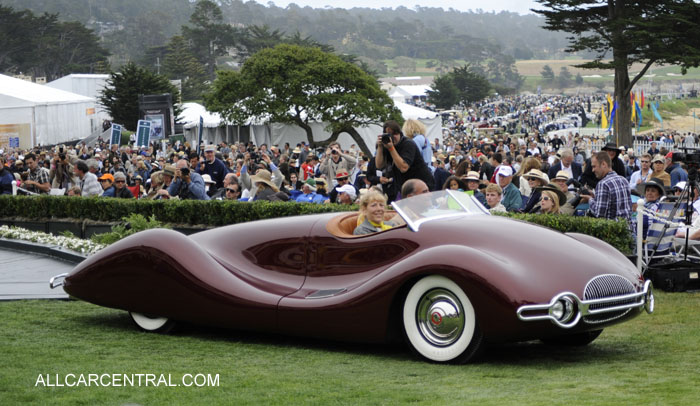 Pebble Beach RetroAuto, now in its tenth year, will change locations and join up to help anchor these 2 new events.

More importantly these Must-see panels and interviews will take place from Thursday, August 14 through Saturday, August 16 in a special pavilion on the edge of the first fairway of The Links at Spanish Bay, most of which will be open to the public without fee. 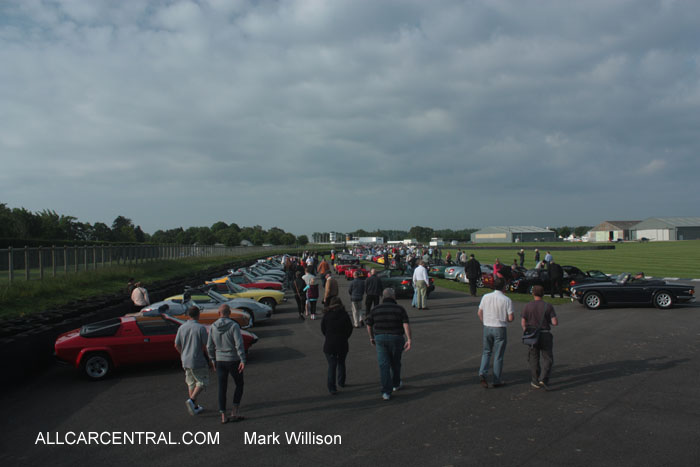 The ninth year the Breakfast Club

A 'free to all' event. Goodwood's own organic breakfasts'

In its ninth year, the event has grown, with cars parked down the pit lane from the Chicane to Madgwick Corner and in the Paddock too. 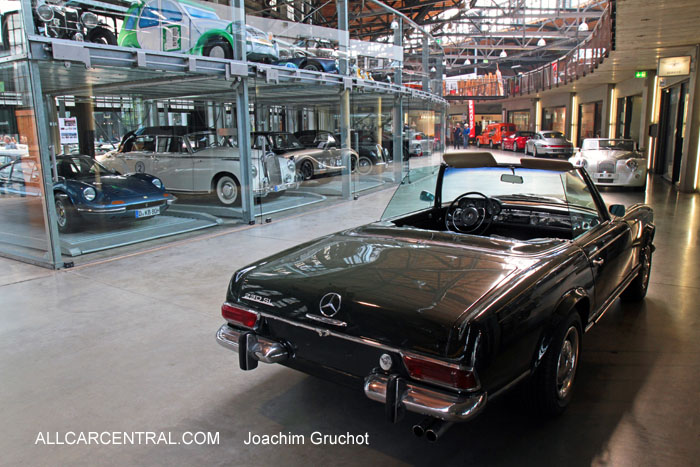 Classic Remise Düsseldorf is a Vintage Car Storage Building which was formerly a Locomotive shed. 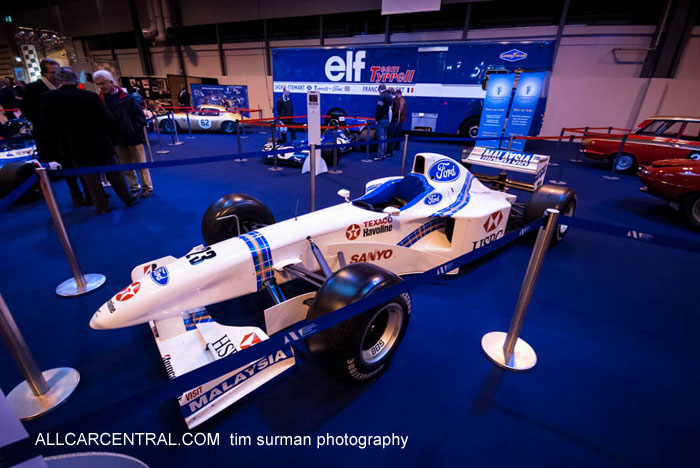 The heavily motorsport populated area around Birmingham, is home to over 3,500 companies employing 40,000 workers, which includes eight of the worlds 11 Formula One teams. On the agenda of the leading motorsport decision makers and engineers will be networking, and engaging in technology transfer

Ben Bowlby, designer of the ground-breaking DeltaWing sports car, Lord Drayson, former Minister of Science, and Fabrice Lom, the FIA's Head of Powertrain will be exploring the 'Going Green' concept. The San Francisco Chronicle|SFGate.com 56th Annual International Auto Show, November 28 - December 2 at Moscone Convention Center, is great entertainment for every member of the family at an affordable price.

Automobile manufacturers to showcase an impressive collection of advanced technology in the 2014 vehicles and much of it can be seen at the The San Francisco Chronicle|SFGate.com International Auto Show.

The PG&E Future Drive Expo with alternative fuel technology displays will provide the largest selection of electric and hybrid vehicles from the world's major manufacturers. 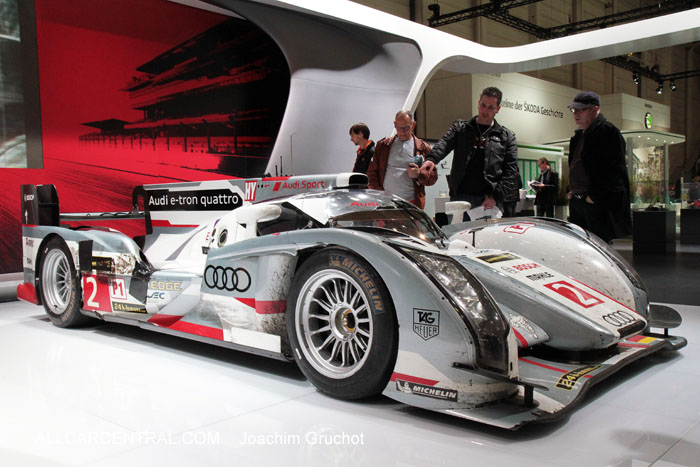 Techno-Classica at Messe Essen is the centrepiece of the worldwide classic car market. In 2014, the premier global fair for classic vehicles once again confirmed this reputation in an impressive way: Around 190,000 automobile enthusiasts streamed into the fair halls and on to the outdoor site. 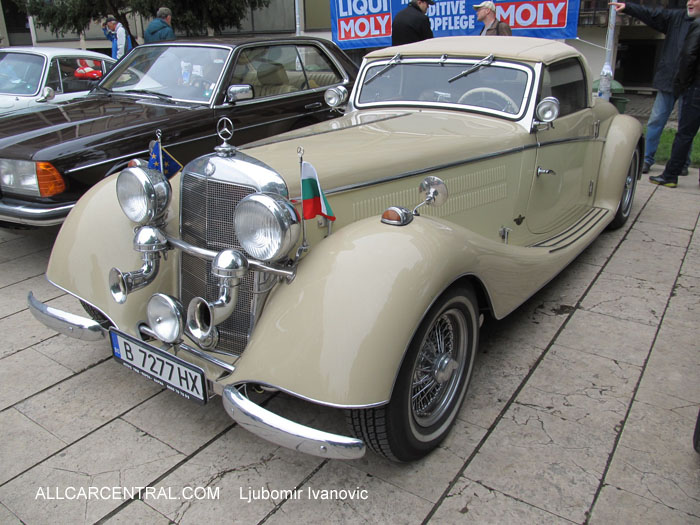 The oldest vehicale in the rally was a 1918 Packard truck produced in America. The owner of this truck is Sait Hadzic, a famous collector vintage vehicles from Belgrade, Serbia.

The inaugural Desert Concorso, in Palm Desert California is the latest venture by the wonderful people that put on the famous Concorso Italiano in the Monterey Bay Area of California during the great 'Car Week' each August. So why the Desert Concorso? Why not? Great cars, great sun. What could be better? 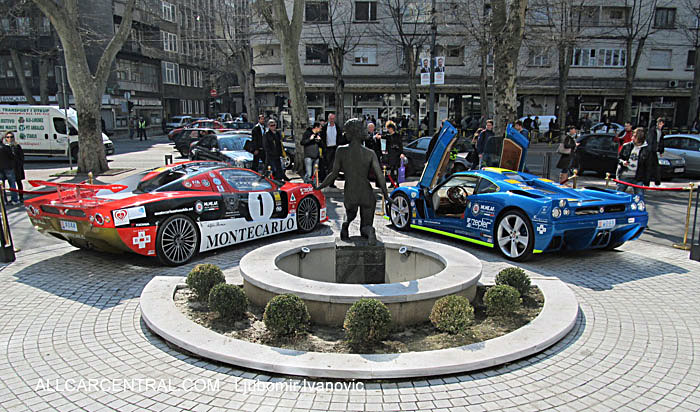 In celebration for upcoming BG Car Show 2014, the AMSS ( Auto Moto Association of Serbia ) booth displayed two exceptional cars to announce the upcoming "eco Third Tesla rally" that will run under the framework of the FIA Alternative Energies Cup of 2014.
Read more...