Ferraris and American Dream Cars of the 1960s Heading to the Pebble Beach Concours d'Elegance.

Four classes of Ferraris will compete on the 18th fairway of Pebble Beach Golf Links, where special classes for Ferrari Major Race Winners and Ferrari One-Off Spéciales will be featured. Ferraris will also line the first fairway of the famed course, where Ferrari North America will simultaneously be hosting the Ferrari 70th Anniversary Concours. 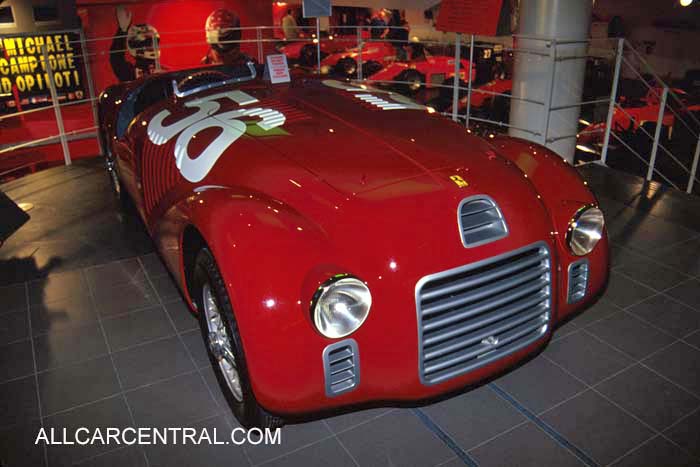 The first Ferrari imported into the United States, a 166 MM Touring Barchetta (chassis 0002M) made its way to California in September 1948. The Pebble Beach Road Races and Concours d’Elegance began in 1950, and by the following year Ferraris gained recognition here:

"Pebble Beach has a long and very strong relationship with Ferrari, particularly when you note the Ferraris and Ferrari drivers that made their mark here at the Pebble Beach Road Races in the early 1950s," said Concours Chairman Sandra Button. "Our history together is almost as old as Ferrari itself, and we are proud that we continue to make history together."

The first Ferrari imported into the United States, a 166 MM Touring Barchetta (chassis 0002M) made its way to California in September 1948. The Pebble Beach Road Races and Concours d’Elegance began in 1950, and by the following year Ferraris gained recognition here:

Cars for the Ferrari 70th Anniversary Concours will be loaded onto the first fairway on Saturday, August 19, beginning at 4 p.m.— and the public is invited to be there to celebrate them! 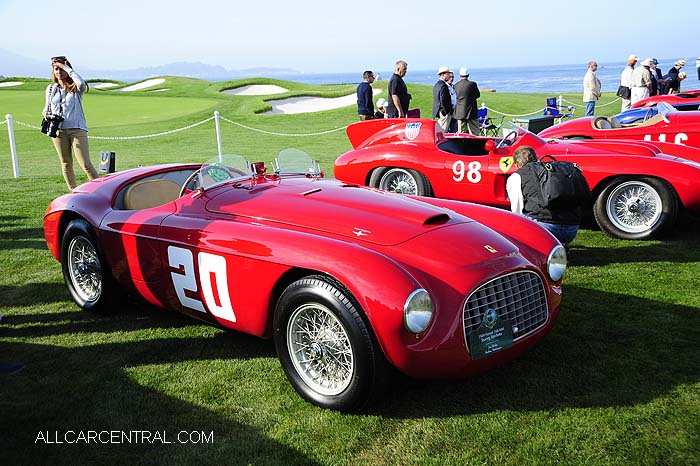 Another 166 MM (chassis 0010M) driven by James Kimberly appeared at that Concours, then placed sixth in the preliminary Del Monte Handicap and climbed to third in the premier Pebble Beach Cup race before crashing. 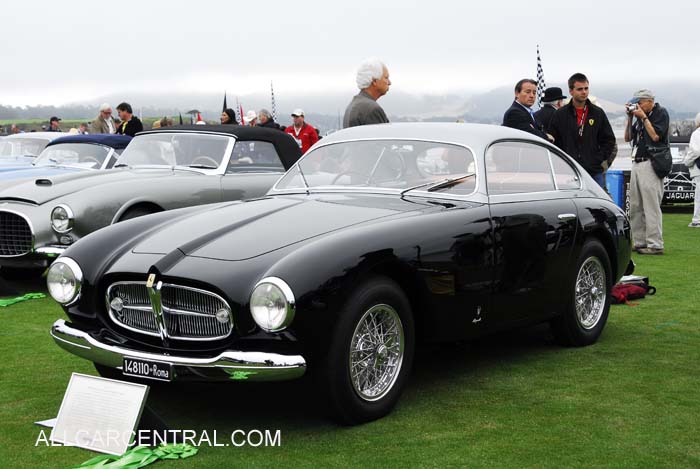 In 1952, a Ferrari 212 Export Touring Barchetta (chassis 0078E) driven by Arnold Stubbs placed second in the premier race. Ferrari was still in its infancy, but it was serving notice that quick and nimble cars could compete against the powerhouses of the day. 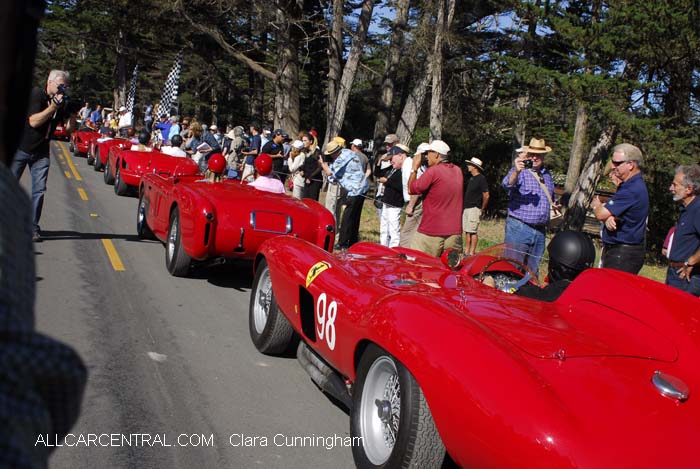 Thereafter, Ferraris won every Pebble Beach Road Race, ultimately recording four top finishes in the seven events, with drivers such as Carroll Shelby and Phil Hill, who went on to record a World Championship for the marque in 1961. 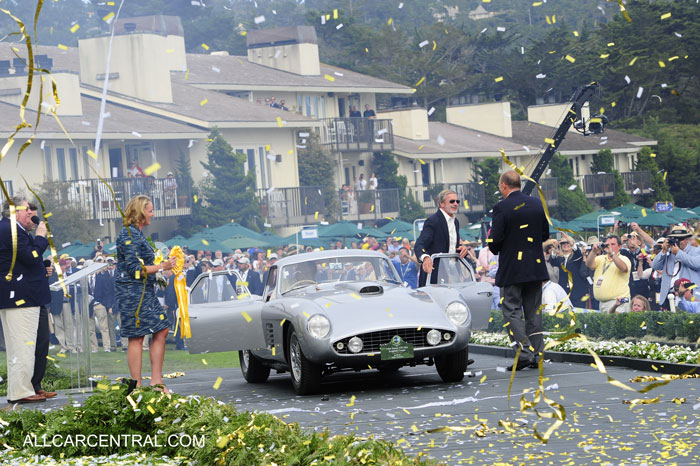 American Dream Cars of the 1960s Heading to the Pebble Beach Concours d'Elegance.

The Automobile has long been used as a basis for expressing designers artistic skills. In this 2017 Pebble Beach Concours d'Elegance, several examples from the 1960s.

One such car, The Reactor, was by Gene Winfield of Modesto, California and it will have a place on the lawns for viewing on Sunday in a special class for one-off American Dream Cars of the 1960s.

Winfield initially imagined and built The Reactor for Joe Kizis' 1965 annual Autorama car show in Hartford, Connecticut. After its time spent touring back east, Winfield brought the Reactor back to California, where he entered it in the Grand National Roadster Show. Against tough competition, the Reactor won the coveted Tournament of Fame Award. Winfield soon realized even bigger dreams for his car. So, he packed up the Reactor and took it to Hollywood, where it captured the attention of leading filmmakers.

"I put the car in an open trailer and I towed it straight to Hollywood," said Winfield. "I didn’t know anybody," Winfield recalled, "but I found 20th Century Fox Studios and I went up to the gate and conned them into letting me in to show my car to their transportation department. From there, the transportation coordinator gave me the names and addresses of all these other studios, and for two days, I took the car around and handed out my business card. Two weeks later, Bewitched called me and said that they wanted The Reactor on their set." 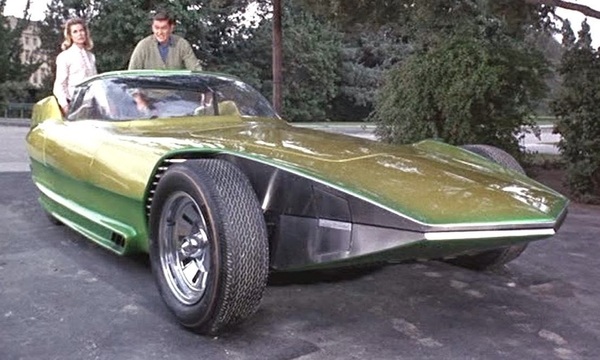 It was also featured in an episode of Star Trek as the "Jupiter 8" and a Mission: Impossible episode called "The Freeze," but it is perhaps best known for its appearance in the third and final season of the Batman television series, where it was the getaway car for Catwoman, played by actress Eartha Kitt.

The car was created around a Citroën DS chassis and its unique hydro-pneumatic suspension so that it could move up and down, a feature that was far ahead of its time. "The inspiration I had for the car was to make something different, something wild," Winfield said. He installed a 180-hp turbocharged engine from a Chevrolet Corvair Corsa, and paired it with the Citroën DS’s drivetrain. The Reactor was born as a two-seater, mid-engine car, with its most recognizable feature being its very low profile. Cleverly, Winfield used the Corvair flat-6 engine as a stylistic tool, because he wanted the Reactor to be as low and close to the ground as possible.
Source: Pebble Beach Concours d'Elegance Media. 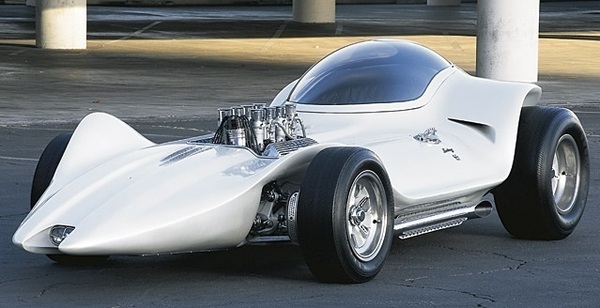 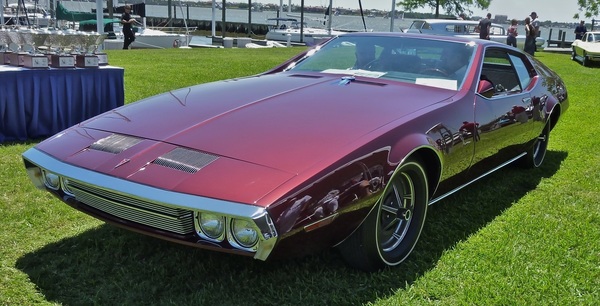 From an unlikely partnership between lawyer Cesare Isotta and car enthusiasts Vincenzo, Antonio and Oreste Fraschini, came Italy’s most opulent automobile brand: Isotta Fraschini Cesare and brothers Vincenzo, Antonio and Oreste formed Isotta Fraschini in 1899 in Milan, Italy. At the forefront of technological innovation, the company pioneered the use of 4-wheel brakes. Its golden years were characterized by the famed Tipo 8, which featured the world’s first production straight 8 engine and offered coachbuilders a long and strong chassis to showcase their creations.

The all-encompassing elegance of Isotta Fraschini helped to extend the brand beyond the borders of Italy. Prince Luigi Grimaldi of Monte Carlo and the Empress of Ethiopia are just a couple of the many royal owners. Famous celebrity owners in the United States included newspaper tycoon William Randolph Hearst and “It Girl” Clara Bow.

Corrado Lopresto, who considers himself an “Isotta romantic,” recalls making childhood memories playing in the back of his uncle’s Isotta Fraschini. So began his lifelong relationship with the marque. His own Garage Corrado southwest of Milan, Italy, is now home to the marque’s complete factory archives and several Isotta Fraschini cars imperative to the marque’s history.

“I like the charm and grandeur that has always accompanied every Isotta Fraschini car,” Lopresto said. “Each one is so unique.” The 2017 Pebble Beach Concours d’Elegance will feature Corrado Lopresto's 1901 Isotta bare chassis in one of the Isotta Fraschini classes. 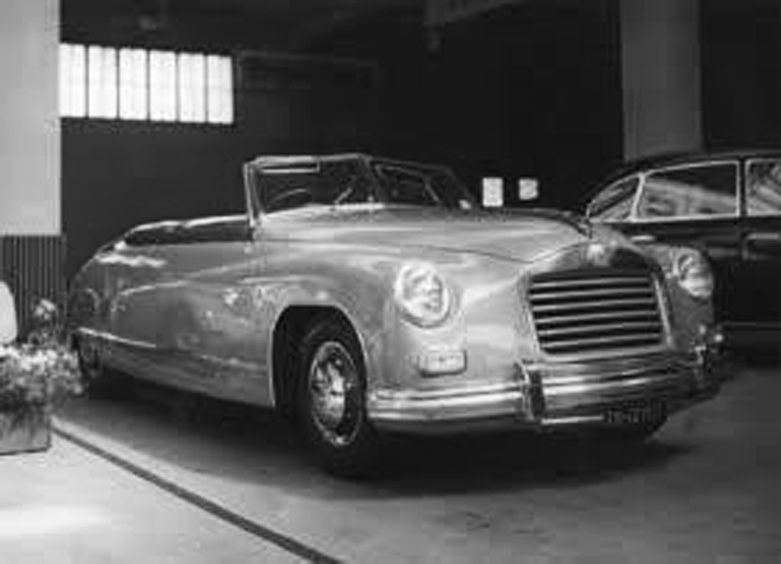