The 2012 Rolex Monterey Motorsports Reunion is in the books.

Willisch's BMW 3.0 CSL, #25, who finished in 24 place, is one of only five 430-hosepower team cars campaigned by BMW North America in 1975 and 1976, winning IMSA races at Sebring, Mazda Raceway Laguna Seca, Riverside, Daytona, Lime Rock and Talladega. "I can't wait to drive the CSL at Mazda Raceway Laguna Seca, " said Ludwig Willisch. "The 3.0 CSL is a storied car in BMW of North America's history as it won the 12 Hours of Sebring just days after the subsidiary was founded in 1975. Driving it on an equally legendary circuit will be quite a thrill."

Also on track is the 490-horsepower 1980 M1 Group 4 car, #2, with American Le Mans Series driver David Murry behind the wheel that ran in the 1981 IMSA GTO Series at the 24 Hours of Daytona, Watkins Glen and Mosport. David Murry was in 30th place at the end of the heat.

Joining above BMW's is the 800-horsepower 1986 BMW March GTP prototype and driven by American Le Mans Series driver David Murry. Only one of three produced and can reach more than 200 miles per hour. The new BMW, M6 Coupe, 6 Series Grand Coupe', and M5 production cars will also be on display.

In Saturday's feature race there were 45 Cobras with authentic provenance running, at speed around the track and through the famed "Corkscrew". The show was thunderous.

Sunday,
The most exciting race was offered up by the event's fastest cars, the 1981 - 1989 FIA Mfg. Championship & IMSA GTPs. Zac Brown's (Carmel, Indiana) pole sitting 1986 Porsche 962 led flag-to-flag. "The Rolex Monterey Motorsports Reunion is the biggest vintage race in the country and arguably the biggest in the world, so to come out and win it is pretty awesome, said Zac Brown "

In the Formula Junior race, Mark Gillies, a British racer who now lives in Virginia, stole the show with his 1962 Lotus 22 in the 34-car race. Sharon Adelman (Free Union, Virginia), pushed her 1963 Brabham BT6 in to 12th place. "There are a lot of competent women here; it's just that when they put on their driving suits, you can't tell them apart," said Adelman.

The cars were split in 17 racing groups by age and engine size. Each was chosen for their period-correct presentation. All were on the track for two days of practice and a weekend's worth of morning qualifying rounds, giving the spectators a grand show. Then there were the afternoon races.

To sum up the week(end) of 2012 Rolex Monterey Motorsports Reunion would to be say, it was the usual-over-the-top days of historic racing cars running the Laguna Race track with a very proper final tribute to the talented Carol Shelby, who gave the world the Cobra Racing Car. 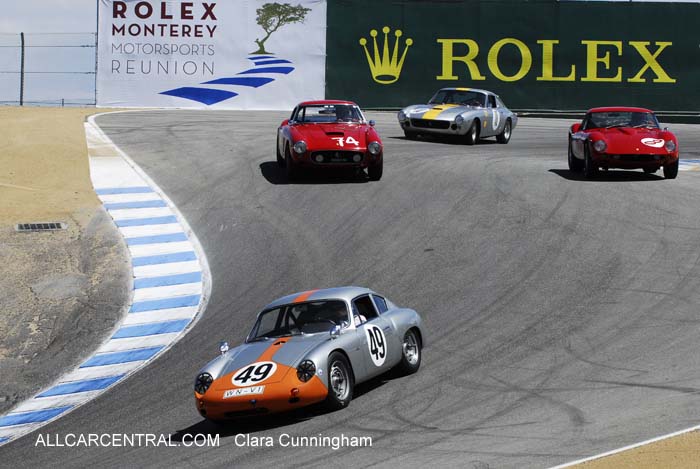 Group 4A maks a pass through the Corkscrew lead by Ranson Webster of Reno, NV in a 1960 Porsche Abarth 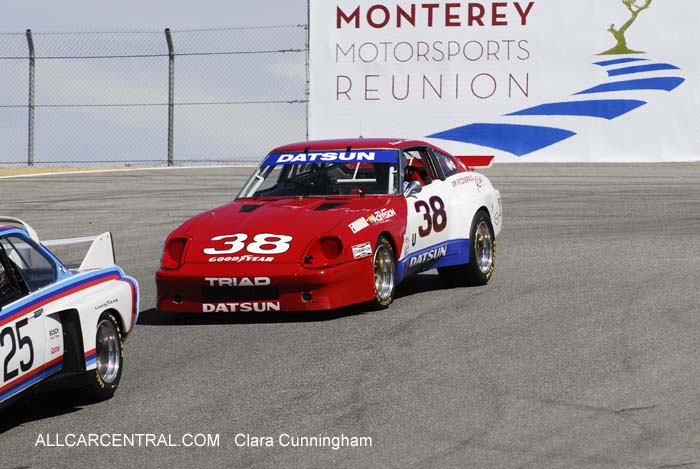 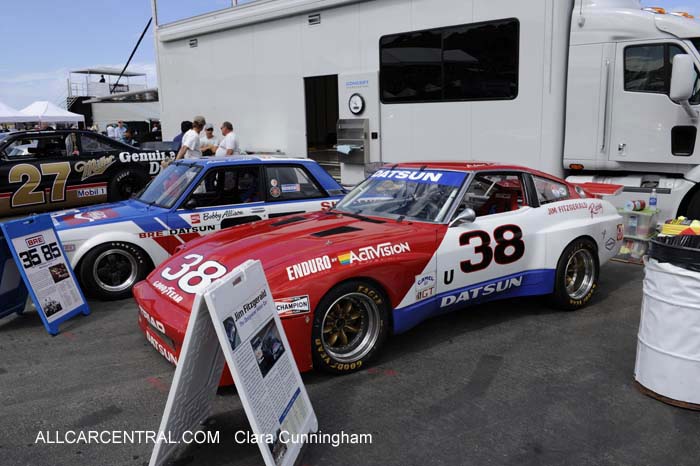 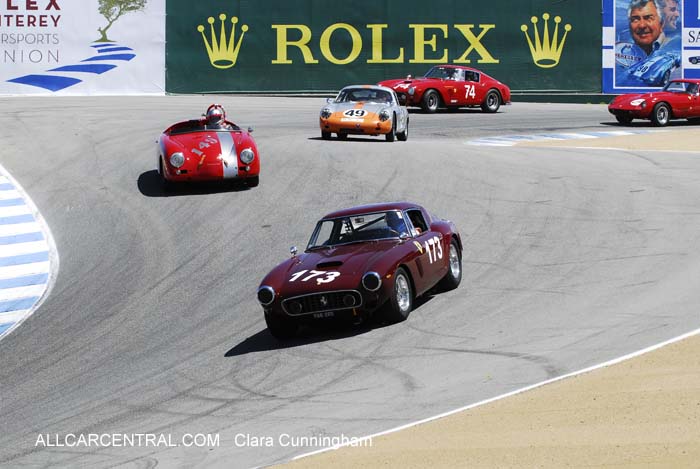 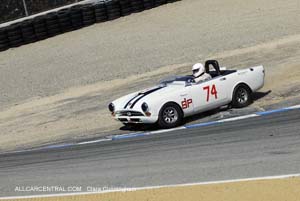 John Morton in his 1964 Sunbeam Tiger explores the outer limits of the 'Corkscrew', but then goes 'Hero' and powers on to the track with gusto moving Mark Cane and his 1966 Shelby Mustang in to the dirt on the outside of the exit. Mark makes the save of the day and pulls off a pass in the dirt. 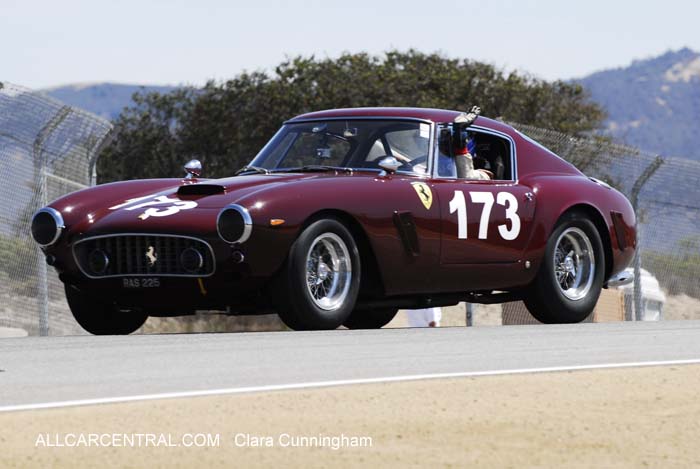 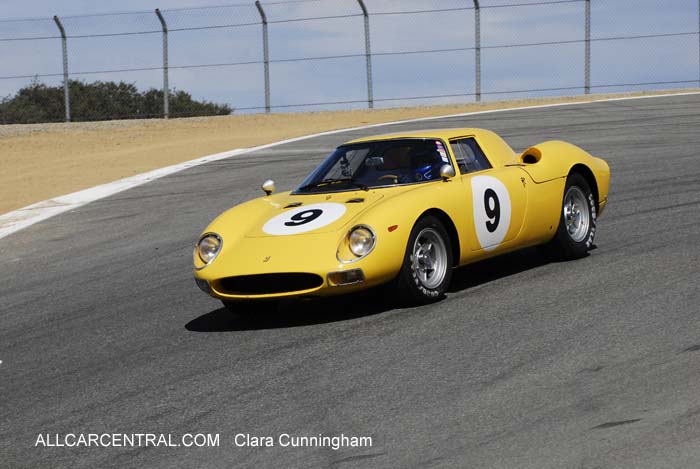 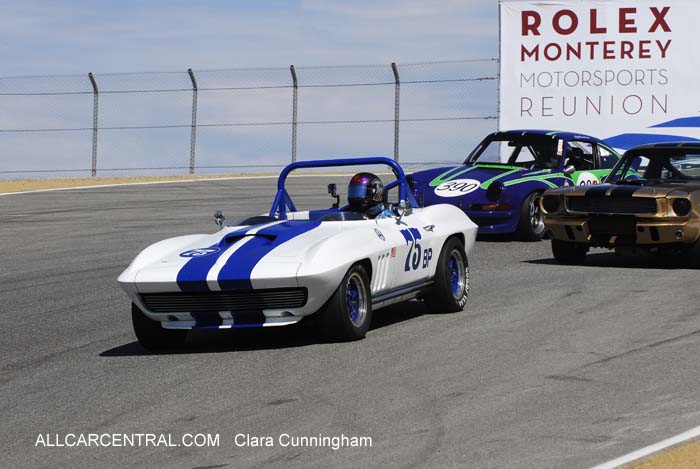 Terry Gough of Reno, NV, in a 1965 Chevrolet Corvette finished First in Groupe 7A 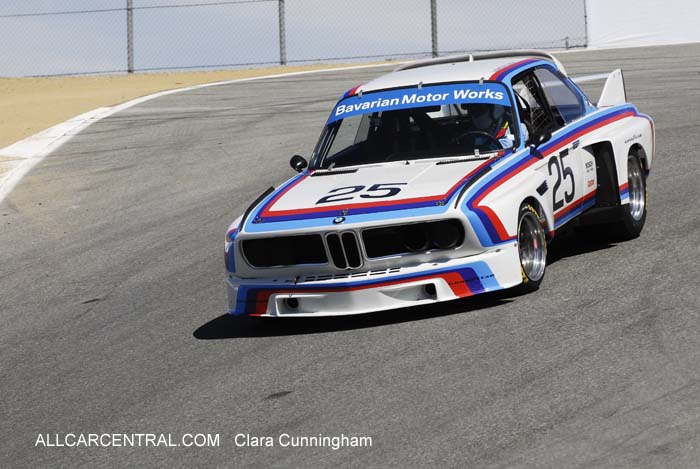 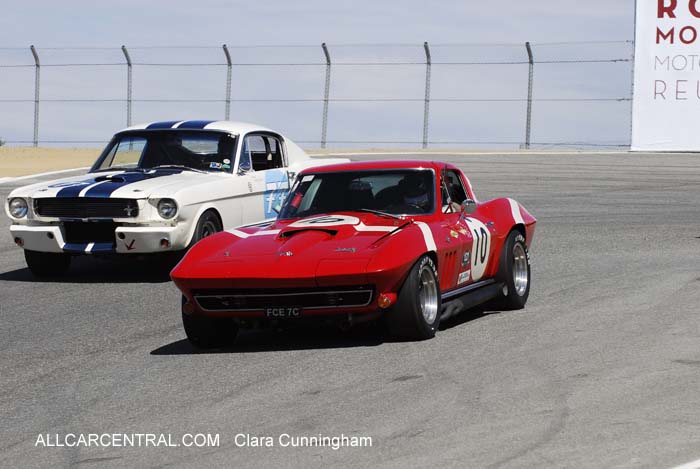 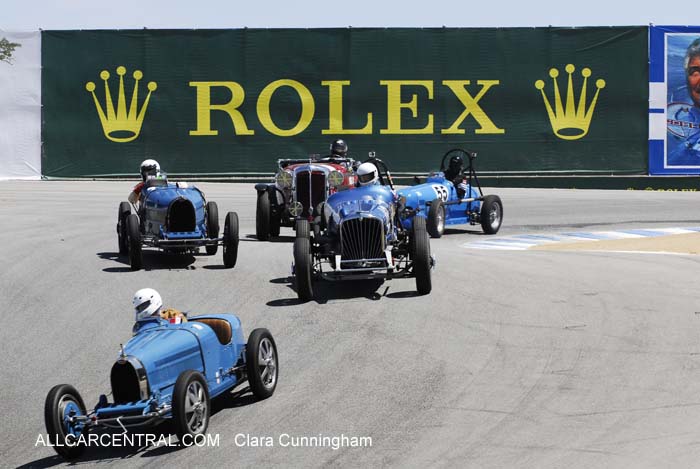 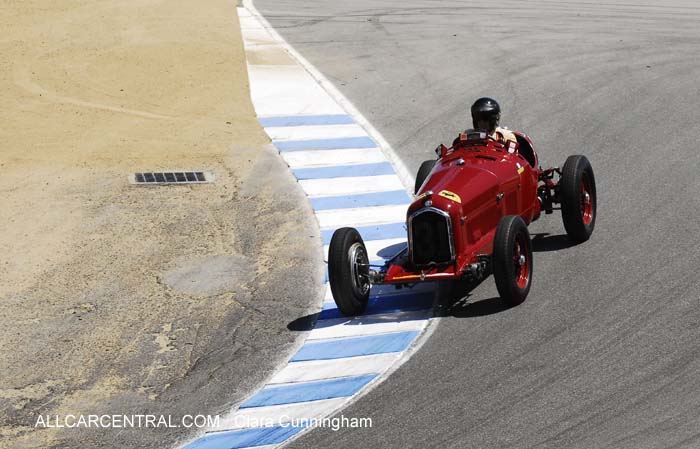 Hard driving Peter Giddings 1930-31 Afa Romeo Tipo B P3 sn-5006 into 3rd place in Group 2A Peter started in first but droped back after the firs lap. 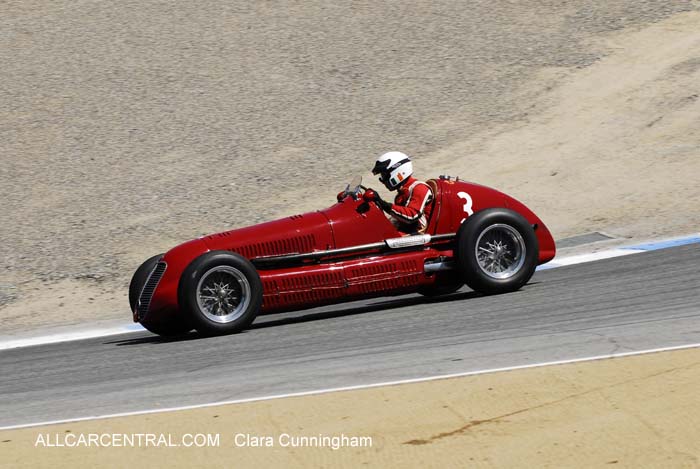 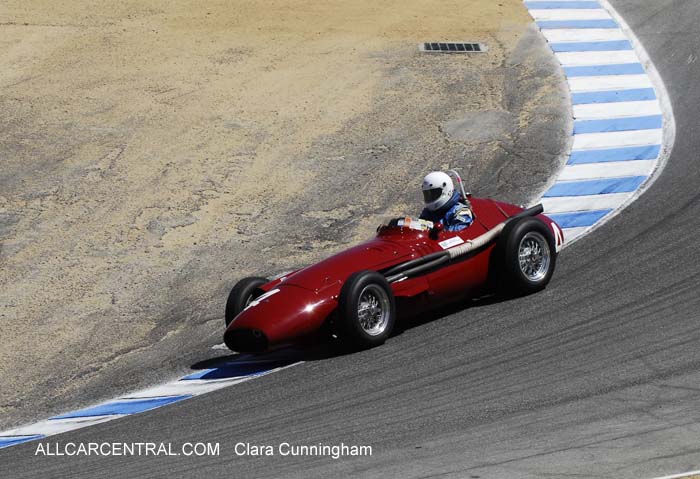 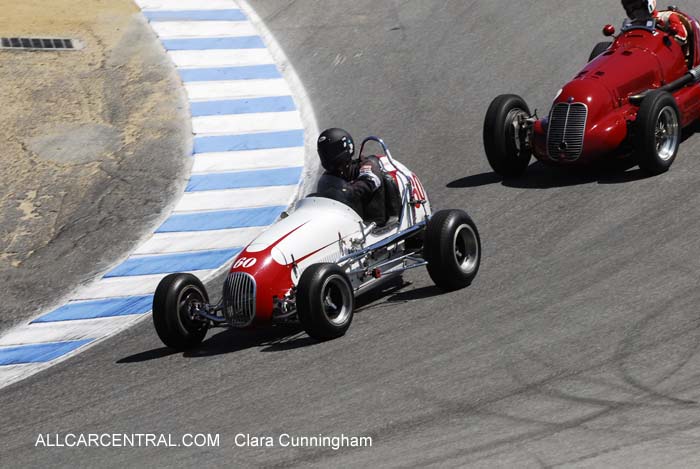 One can see all diferent kind of cars on the track. here is a 1948 Kurtis Miget sn-F282-48. This is a car built for a short circle track and only has a 1 speed gear box. 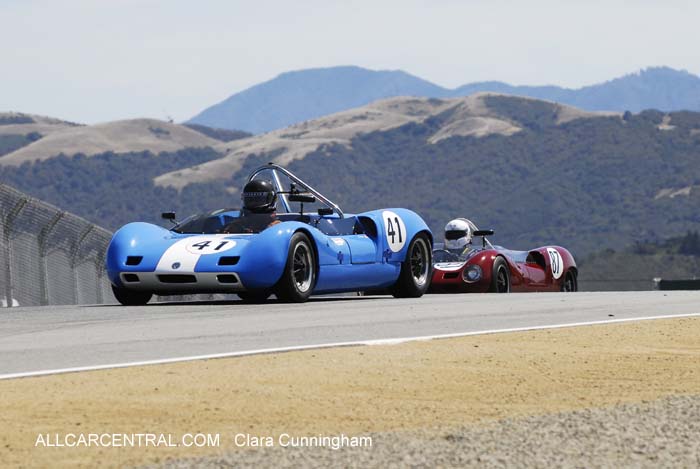 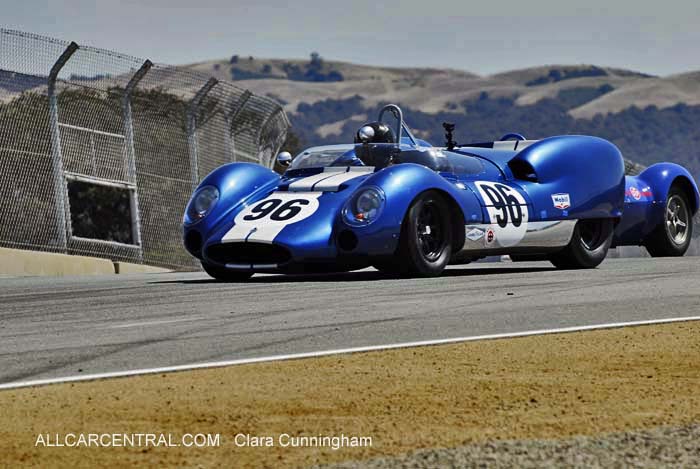 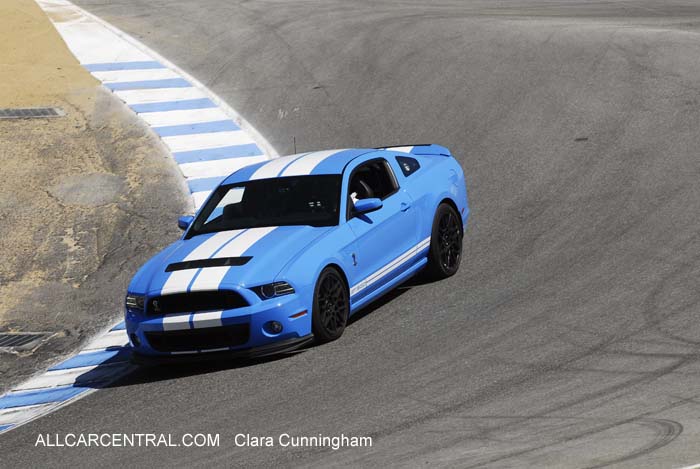 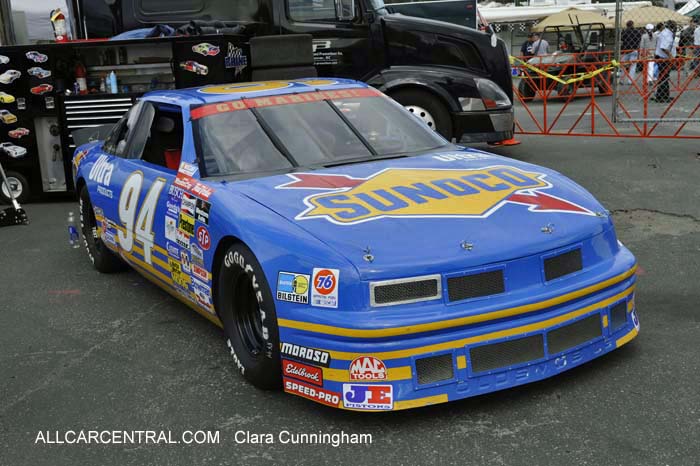 Where you find cars, one can find Jay Leno 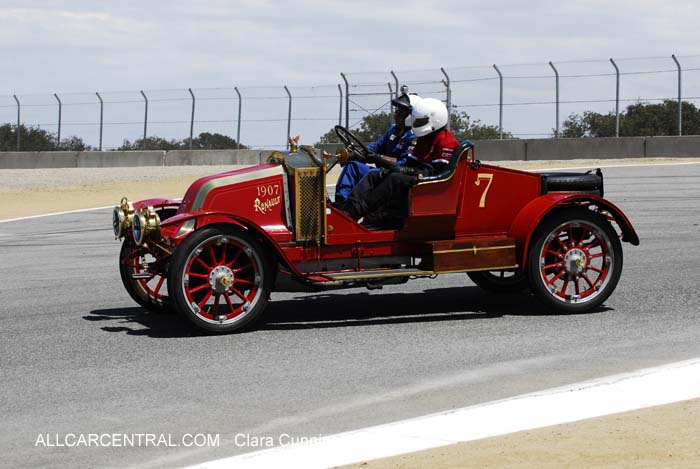 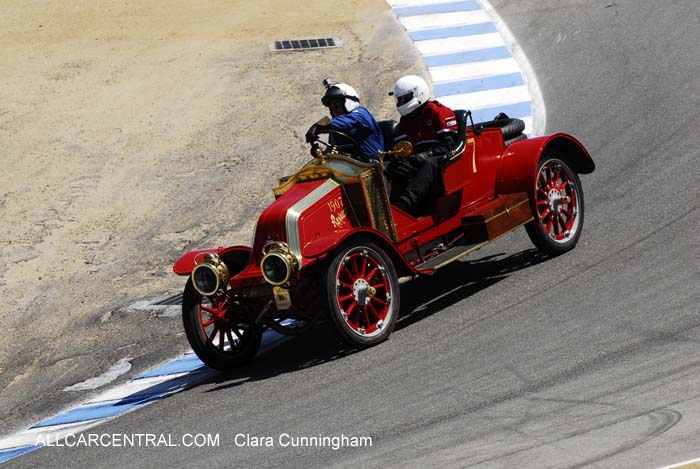