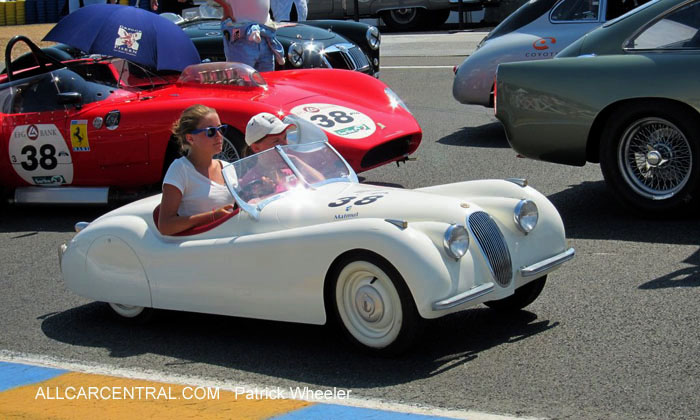 This being france, in previous years there has been appeals to event-goers to dress 'period', or at least nicely, the young man with the kewpie hat, vest and thick-framed glasses is looking good, as is the darling in the Pucci cling, there are more than a few dramatic sun dresses on display, the lovely lady's hat is only slightly outshone by the dramatic eyeglasses she is wearing ...

Out of the track it is getting kitsch-y again. In the early morning before the real races start there is a 'run-what-you-brung' exercise, you can take your street car for a run around the track and they let everything out here, but I am set back a bit to see a VW Camper Van out there, even more surprised to see it rip-snort around the chicanes and over the hill, it may have a normal looking Bus body, but there is something non-stock in the engine bay, and those are porsche Fuchs rims underneath it ..... 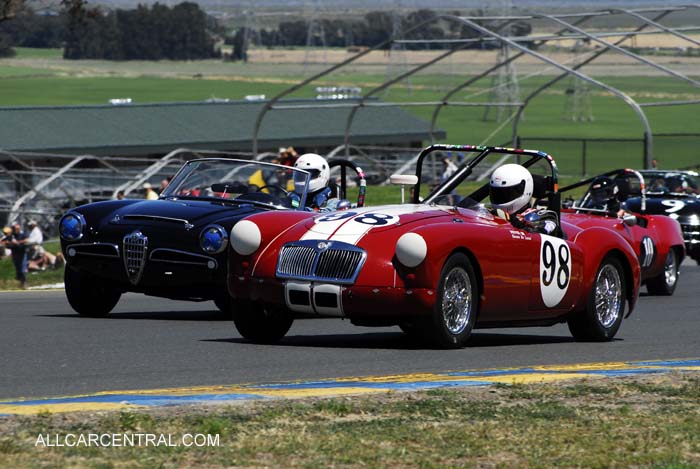 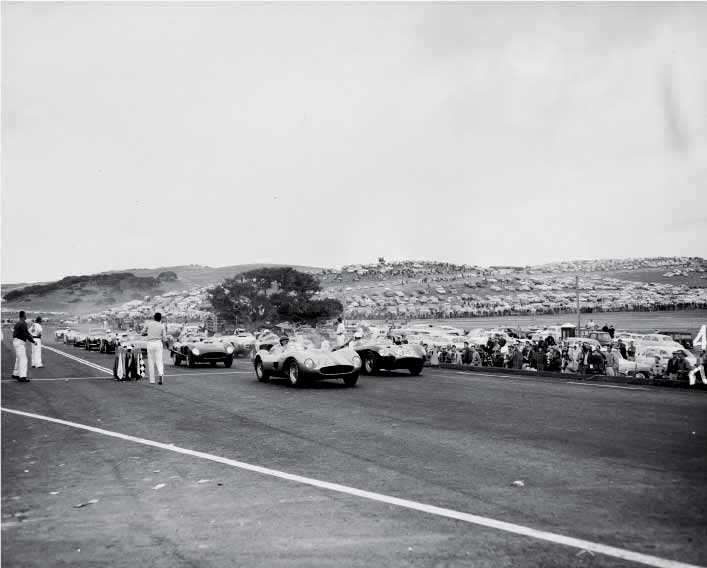 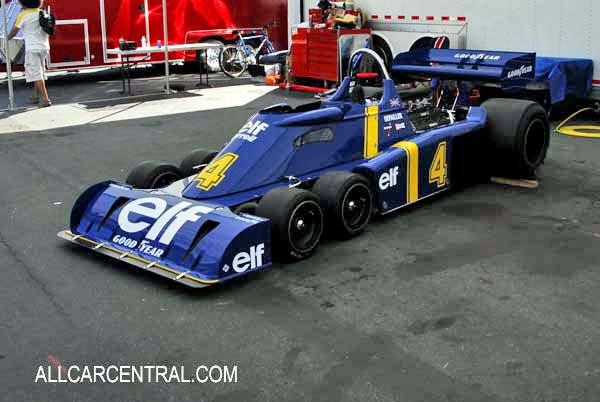 These annual races feature cars from nearly every epoch of motorsports racing history. They cater to the weekend race car enthusiast and driver. The Reunion covers four days, and more counting the Pre-Reunion the week before. Over 600 historic racing cars with drivers representing 13 countries took to the track. Formula One was well represented also. The Historic Grand Prix (HGP) organization was involved in bringing 34 authentic Formula One cars to the Reunion.

This year the races paid special tribute to 79 year old Dan Gurney, a driver and manufacturer who has impacted motorsports probably more than any other American. Every race car that appeared on track could also be viewed in the paddocks close up, including the historic F1 racers, and the unlimited Can Am cars.

This August 12-15 at Mazda Raceway Laguna Seca, will have 38 historic F1 cars to take to the grid to celebrate the 60th anniversary of Formula 1. The 1976 Tyrrell P34 'six-wheeler' that used four, tiny 10 inch wheels and tires at the front and two ordinary sized wheels in the back will also be on the track. More... -pdf

Will showcase Dan Gurney and all the cars he has raced in the 55 years since his first race, with a display of Gurney Eagle Racing Cars, Formula 1, Indy cars, IMSA GTP prototypes, Can-Am and Trans-Am machines. More... -pdf

Celebrating the 2010, 50th Anniversary of the American Bugatti Club
Bugatti Grand Prix Attracts International Field For Monterey Historic Automobile Races
"I am looking forward to recreating and repeating the 2003 Grand Prix where we had 44 Bugattis on the grid," said Mike Cleary, of the American Bugatti Club. "Participant entry forms are still coming in so I would love to see 50 Bugattis winding their way down the Corkscrew."

The International Bugatti Rally will start in Monterey on August 16, 2010, go up to San Francisco and then travel down the California coast through Big Sur and traverse down historic Route 1 with the finish line in Oxnard on August 22 at the Mullin Automotive Museum. More... -pdf

There will be 44 Trans-Am race cars from 1966-1972, including two of the three 1970 Plymouth Barracudas that All American Racers built for the 1970 Trans-Am season

The Trans-Am Series was created in 1966 by the Sports Car Club of America (SCCA). The series was made up from the SCCA's A & B Sedan amateur club racing classes, based upon commercially produced cars which had been modified for competition. 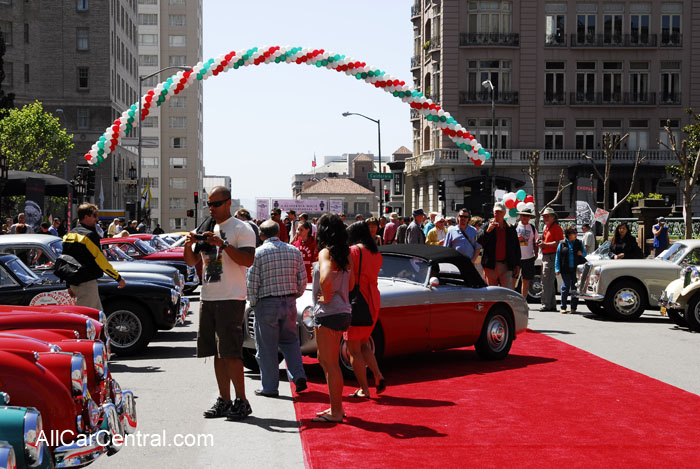 January 22, 2010, Gooding & Company sold a total of 49 out of 52 lots collectively earning nearly $15 Million in sales from its first Friday auction in Scottsdale, Arizona . In addition to the top-selling 1956 Jaguar D-Type, two other cars crossed the million dollar mark at Gooding & Company today: (Lot 9) the 1934 Duesenberg Model J Disappearing-Top Convertible Coupe< that sold for $1.815 Million, and (Lot 23) the 1959 Costin Lister Jaguar Sports Racer that sold for a world record-breaking $1.1 Million. More....full story-pdf