I doubt if anyone reading this would be able to say "I don't know what TESLA is" However, just in case there are one or even two readers who don't, let me explain that Tesla is an electric car that has caught the imagination of the motor industry. You may ask why the name Telsa was chosen for an American car? Well that is certainly an interesting question. 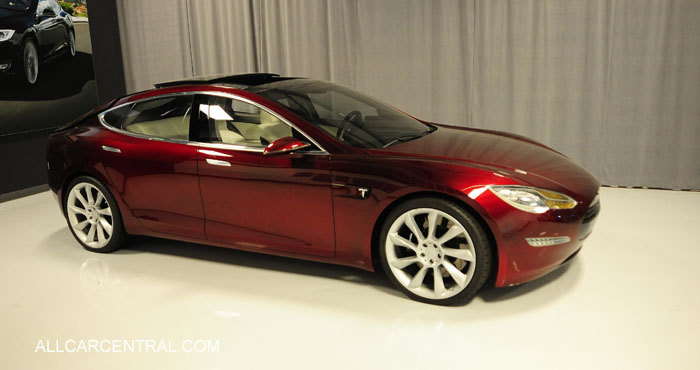 The name was once associated with a unique man; Nikola Tesla, who's name can be included with such people as Edison, and Marconi. He was a leading specialist in the field of electricity, radio and robotics. But, like many brilliant people he had one problem. A total lack of money to undertake his experiments. In 1884 (Nikola) Tesla went to New York to work with Thomas Edison, lured by the suggestion that Edison would finance the development of an alternating electric motor that he was working on. However, Edison was never convinced that such a system could work and continued to develop an efficient Direct Power (D.C.) system. He had Telsa work on this but they soon parted company for obvious reasons. On seeing the progress that Tesla had made, George Westinghouse provided finance for the development of the Tesla (AC) induction motors. With steady funding they proved to be a success and serious competition to Edison's (DC) generators. The principle attraction was that maintenance was dramatically reduced and also the motors were far more reliable than any (DC) installation.

In 1896 Tesla developed a complete (AC) generating system for Niagara Falls. Westinghouse encouraged such development and of course shared in the financial reward that (AC) power provided as it became the standard system for most major cities throughout the USA. Edison went to court to try and challenge the success of Tesla, suggesting that his company should be granted the rights to the (AC) system as Telsa had originally worked as a research professional for the Edison Company. He lost the case and quite a few dollars trying to appeal the verdict.

The relationship between Tesla and Westinghouse developed and Tesla began work on the development of Radio. By 1899 he successfully transmitted electric signals over a distance in excess of five miles but once again he ran out of money when Westinghouse decided that there was no corporate benefit in such a system. Remembering that America had one of the best communication systems in the world, developed by the Railways for coast to coast communication by wire, their lack of interest was understandable. In short if ain't broke why bother!

However, across the pond in England, Marconi was developing a reliable wireless system for direct communication. His transmission from the south coast of England to a receiving station in France certainly impressed the communication world.

Tesla was constantly running out of money, He had the ability to raise cash but never developed a technique to maintain a steady supply. In other words he was not very good at real communication, and often never advised his financial supporters of his progress. J.P. Morgan put money into his development but after a time, with no idea what was going on, he simply cut off the funding.

Another development by Telsa was a robotic development, the idea being that robotic machines could replace the worker on the production floor and be more reliable. Nice idea but not quite the way to keep the production lines running. Workers, even at $10 a day, the figure that Ford paid his skilled employees, were more reliable than a machine that could break down for no obvious reason. Most of the demonstrations were modestly successful but certainly not convincing enough to attract large amounts of investment money. Tesla died in 1943, totally broke. All of his legal attempts to claim copyright for his creations failed but, a few moths after his death he was awarded the financial rights to certain aspects of radio development. This provided assistance for the Telsa family but not much help for him!

Why an American car manufacturer should choose to use his name on a new revolutionary product is not clear but there is every indication that this Tesla will be a success.
Geoff Wheatley