The much loved designer of the forever young Porsche 911, died April 5, 2012, in Salzburg, Austria.

In the early 1960's, the Porsche company needed a replacement for the very popular Porsche 356, which was in need of a revision to keep up with the changing auto industries improving models. While highly refined and very successful in daily transportation and racing duties, the 356 was born out of World War II technology using Dr. Porsche's VW platform.

The 356 redesign was taken on by then head of Porsche design studio, Ferdinand Porsche.

Following the overall design criteria of the first 356, with a its sloping front and rear sections and rear air cooled engine, the outcome of Ferdinand Porsche efforts was the more sleek and more powerful 6 cylinder, 901 design (soon renumbered to 911). Although the 911 was first rebuffed by the strong hearted Porsche 356 lovers, the 911 model still lives and races on in its basic 1963 design form, a sloping front and rear, 2 door, with a 6 cylinder rear engine.

This gives Porsche its 76th class victory at the endurance race in Florida.

Porsche keeps extending its record as the most successful racing manufacturer. The debut of theTudor United SportsCar Championship at The 24 hour race at Daytona marks the new sports car race series in the USA and Canada.

"The company slogan is: Porsche, There Is No Substitute. ... recent times, and indeed claims to be the most profitable car company in the world (in terms of profit ..." (Unknown)

"Piech, whose goal is to surpass General Motors Co. (GM) as the world's largest automaker, has transformed VW into a global carmaker of 12 nameplates, ranging from heavy trucks at MAN SE and Scania AB (SCVB) to Audi sedans and Ducati luxury motorcyles. After an early charge into China orchestrated by the Austrian native, the Wolfsburg-based company now generates more sales from the Asian nation than any other market."

"Adding Porsche to its portfolio of luxury brands that include Audi, Bentley and Lamborghini may bolster VW Chief Executive Officer Martin Winterkorn's effort to overtake Toyota Motor Corp. and GM to become the world's largest automaker." 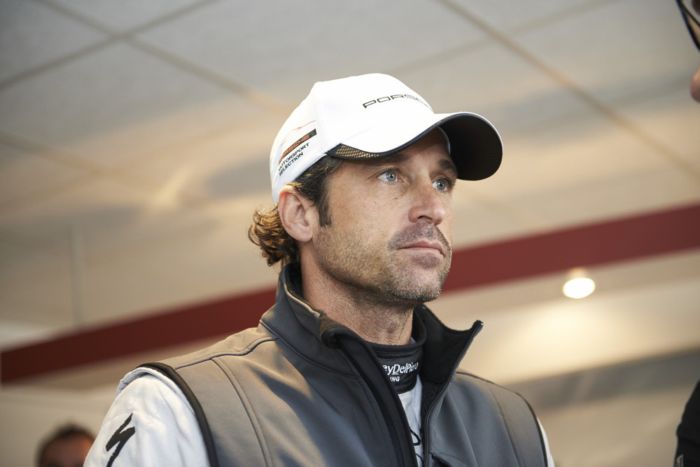 Dempsey, and teammates Andy Lally and Joe Foster finished second-place in GT Challenge (GTC) class at the series finale of the American Le Mans Series (ALMS) at the storied Road Atlanta race track. Dempsey accredits Porsche this year as the main reason for the success they gained.

In his first season with Porsche, Patrick Dempsey with Foster and Porsche works driver Patrick Long drove a Porsche 911 GT3 RSR at the world-famous Le Mans 24 Hours to a strong fourth place finish in the GTE-Am class.

Racing in ALMS GTC class at Laguna Seca, Dempsey and Lally came in second driving a Porsche 911 GT3 Cup car, and third at Circuit of The Americas, 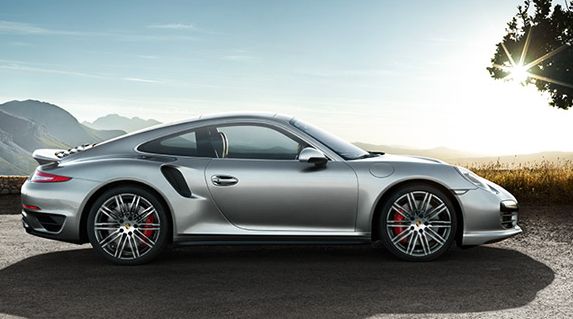 3.1.13 PORSCHE:
Connor de Phillippi a 19 year old young race car driver from San Clemente, California, has been picked to fill one of the two positions on the "Porsche Juniors" for the 2013 Carrera Cup Deutschland racing season.

Connor de Phillippi achieved successes in karting and various Formula race series, and now will contest the Porsche Carrera Cup Deutschland in 2013. Porsche will supply the 2 rookie drivers with the bulk of their financial costs and provide coaching on and off the track.

Porsche Head of Racing, Hartmut Kristen commented that "Our current Porsche works drivers have shown that the Carrera Cup is an excellent platform for a professional international career" in competitive driving. The Porsche Juniors will make the choice of the teams that they race with. Alex Riberas Bou was the second driver picked by Porsche.

Porsche will be celebrating the 50th anniversary of the 911 all around the world, including the USA, China, Continental Europe and Australia.

The Porsche Museum in Stuttgart will also be marking '50 years of the Porsche 911' with a special exhibition featuring the history and development of the car.

Precision Cars in New Delhi, India who was importing and selling Porsche cars in that country was cut out of the Porsche import business when Porsche made Volkswagen Group Sales India the sole importer of Porsche cars.

In what could be described as a move of frustration, An Indian court has issued an arrest warrant for Porsche's CEC Matthias Müller and 8 other Porsche executives, which included a letter to Interpol from India's Central Bureau of Investigation, asking for aid in the case; as reported in the New York Times.

Stuttgart's response: "The allegations in the criminal proceeding in which the Court in Jaipur/India has issued the bailable warrants are in the view of Porsche baseless and without any material substance. This case is based on a purely civil dispute brought to court by the former importer of Porsche AG following the ordinary termination of its importer contract by Porsche in 2011".

" Porsche has the highest regards for the Indian judiciary and is going to - represented by its local lawyers and is taking steps to have the warrants and criminal proceedings quashed within the applicable periods. Porsche's lawyers are confident to be able to demonstrate that the complaint is completely frivolous.".

After Porsche having competed in the LMP2 class, and watching Audi finishing in the first overall place, with their more powerful LMP1 cars, the challenge has been met. Porsche has just announced that they will field a LMP1 sports prototype to be run by Weissach-based works team in the 2013 season.

11.28.13 Stuttgart,GE/Atlanta, US:
Porsche Cars North America, Inc.:
(PCNA), importer and distributor of Porsche cars, celebrated a landmark groundbreaking of its 26.4-acre site for its new headquarters, at One Porsche Drive, adjacent to Hartsfield-Jackson Atlanta International Airport.

One Porsche Drive is expected to grow to 400 employees, and add 100 jobs for the state of Georgia.

As an industry first, the Porsche headquarters campus will feature a Customer Experience Center including a 1.6-mile test track and handling road course to showcase the capabilities of Porsche's industry-leading vehicles. One Porsche Drive will house corporate offices, a Technical Service and Training Center, a Conference Center and a Museum.

Of Note: This is taking place as Suzuki USA filed for bankruptcy and is withdrawing from the US.

The offering will be an elegant special edition combing design elements, special paint and interior combinations.

Porsche's dealers in the USA sold 29,023 Cayennes, Panameras, 911s, Boxsters and Caymans to US customers n 2011, or 15 percent more than in the previous year.

In the same period, the Volkswagen group sold 6.2 million vehicles. With group revenue of 116.28 billion euro, the operating profit came to 8.98 billion euro.

Other News;
Porsche is also making claims to returning to Le Mans in 2014 with a LMP (P1) car to go head to head with Audi.

The 2011 Rennsport Reunion IV visitors were given a sneak pick at the 2012 991 Carrera this October at Mazda Raceway Laguna Seca.

10.10.2011 Stuttgart:
The Porsche 911 Speedster has received the "Golden Classic Steering Wheel" award as a classic car of the future in the Cabriolet/Roadster category.

Stuttgart:
Derek Bell, one of Porsche AG's most successful works drivers, turns 70 on 31 October 2011. Bell is considered to be one of the most versatile racing drivers of his time. Bell drove the 917, 936 and 956 cars and was always one of the fastest and most reliable drivers. Derek Bell won the 24 Hours of Le Mans four times for Porsche and won the world championship twice.

Derek Bell born in Pinner, Middlesex, Great Britain in 1941 began his career with Lotus in 1964. Joining Formula 1 with Ferrari in 1969. In the 1971 season, Bell drove the Porsche 917 and 908/03 racing cars for the Porsche-Gulf team, along with co-driver Jo Siffert. In 1976 and 1977 he raced the Porsche 934 and 935 before joining the Le Mans as a works driver in the 924 Carrera GT. In 1981, co-driving with Jacky Ickx in the Porsche 936/81 Spyder, he won his first of four Le Mans overall victories in a Porsche. In 1982 Bell moved to the Group C cars with the Porsche 956 and became recognized as one of the most successful endurance drivers of all time. Teamed with drivers Jacky Ickx, Stefan Bellof and Hans-Joachim-Stuck, won numerous overall victories in the Types 956 and 962 including the World Sportscar Championship in 1985 and 1986.

On the "Green" side the car has an emission level of just 70 grams CO2 per kilometre on fuel consumption of three litres/100 kilometres, equal to 94 mpg imp.

The performance of a super sports car is displayied wth an acceleration from a standstill to 100 km/h in just under 3.2 seconds, with a top speed of 320 km/h or 198 mph.

10.25.11 Stuttgart:
Nick Tandy of Great Britain is the 2011 champion of the Porsche Carrera Cup Deutschland. Tandy driving for Konrad Motorsport finished the last race of the season at Hockenheim in third place which was enough for a win over rival Sean Edwards.

This marks only the second time that a non-German has won Germany's fastest one-make series. 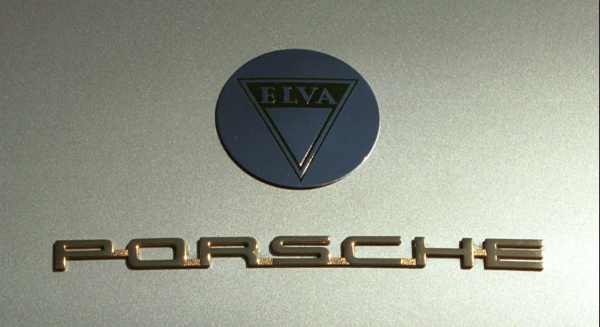