Porsche One Millionth 911 Photos and Stories.


Porsche One Millionth 911
One million of anything can be a big deal. And not many single car model reaches that distinction. But in the fundamentally low volume world of sports cars this can be a big deal. The Type 901/911 was developed to replace the original Type 356 that made Porsche Cars so popular, both for road and track.

As a bit of background: What is behind the name, 911? Professor Ferdinand Porsche was an engineer and designer designing many vehicles and mechanical concepts, including a 1898 Porsche Egger-Lohner electric vehicle. 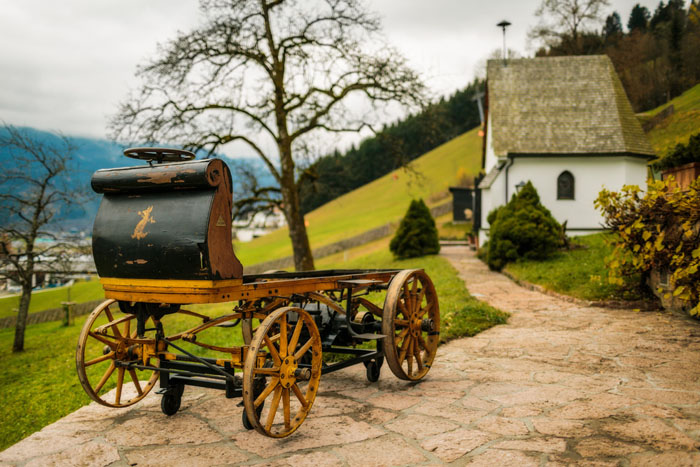 Hence he worked off design drawings. Drawings and projects need names or numbers so that they may be filed and cataloged. Porsche referred to each project as "Type" (number so and so). Therefore when the project or Type, that was numbered 356 became the one that developed into his first successful road car and as it was Porsches only road car it was just marketed as a Porsche. But the engineering design was Type 356. 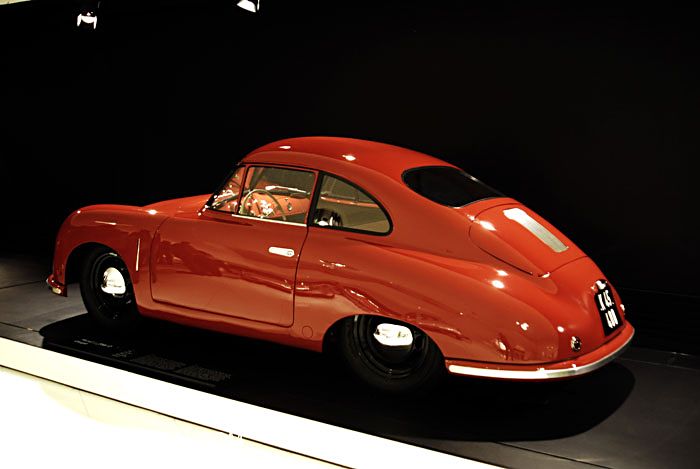 As the Type 356 model developed and released each was labeled as 356A; 356B and so on. Other engineering projects took on their consecutive Type numbers. Race cars carried the Type designation also. Examples being Type 550, Type 718, Type 904, and so on.

When the design chosen for the replacement of the Type 356 road car the project was labeled Type 901. 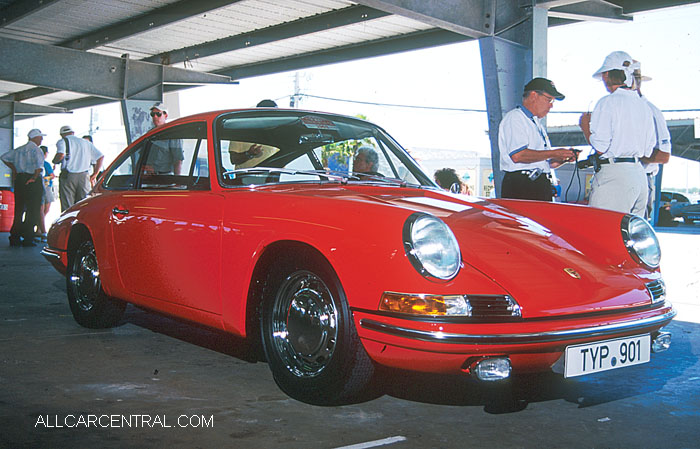 As Porsche had not yet started to attach names to their cars, they use the project or Type number as the reference. This replacement to the Porsche 356, now actually the 356C, was called the Porsche 901 in all its marketing material. However Peugeot took exception to Porsche using a car number with a "0" as the central number in a 3 number ID, claiming it had trade marked this concept and threatened a law suit. So Porsche changed the "0" on the fly to a "1" and the 911 was born.

The 911 has over, 54 yeas, evolved but more or less remained a rear engined, 2 plus 2 seater sports car, capable of delivering your small kids to school and picking up the milk on the way back; To winning on the worlds greatest race track and at serious road rallies.

Also of note, the heads of Porsche had, during the 1970, came to deem the rear engined model a dead-end and proceeded to develop a line of front engined cars to replace it. Only a personnel change at the top management level saved the then struggling 911 line.

The 911 as noted was designed for and developed to replace the highly successful 356 by keeping the same rear air-cooled engined, 2 plus 2 seater sports car concept that had made the Porsche car famous around the world, but with more power and a bit larger overall size. 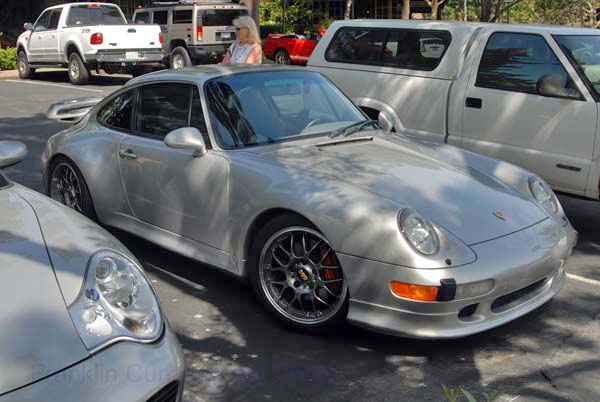 This formula has driven the refinements and evolutions of the 911 from first 1963 911 to the Type 996, 1998 when demands on the engine development side could not be achieved under a strictly air cooled engine and Porsche went to a liquid cooled engine with a radiator. 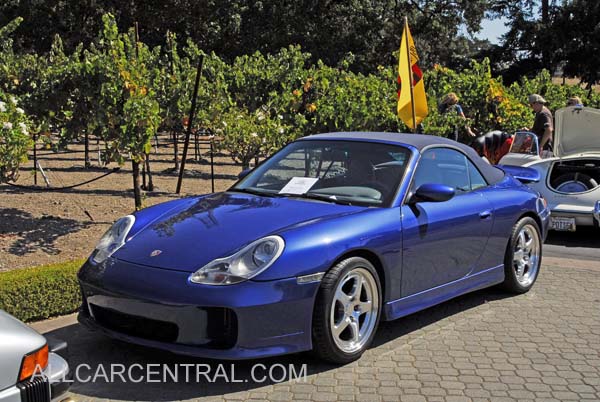 From 1998, the now liquid cooled 911s has maintained the original demands for the car from the beginning, being used to get the groceries and win races.

Looking at the progress of the 911 it is interesting to follow the evolution.

The early short wheel base models had straight line stability problems which were soon solved by adding iron weights to the outside corners of the front bumpers to control the polar movement. The rear swing arm attaching the rear wheels was made longer and the iron weights were replace with 2 batteries in the front corners of the front storage area. Continuing development around the 911's stability due to the rear weight bias has included ever wider rear track, wider rear tire/wheels, and rear wheel steering.

Other improvements added to power and speed. It was the 911 model that gained the turbocharger and made turbo charging a successful component on street/road cars ie. the 911 Turbo. When all the manufactures were struggling to incorporate the new safety rules into their designs, especially the bumpers. It was the 911 that had the best blended "safety bumper" in its design thus keeping the overall look of the first 1963 911.

Additional evolutionary changes brought in more size and length and better integrated "safety bumper" and other safety features all still keeping the 911 look and outline fresh and modern. Liquid cooling of the engine with the 1998, 911/996 model brought on the biggest change to the 911 line. Overall the car looked very different, but the designers still manage to keep the original 911 essential lines in place. Of course the car was still a rear engined, 2 plus 2 seater sports car, capable of delivering your small kids to school and picking up the milk on the way back and winning on the worlds greatest race tracks, just like the 1963 car. By the way, it has been written that originally Porsche never saw the 911 as a race car but as owners raced the car and won races in it, of course Porsche started developing the car into their racing and rallying program. 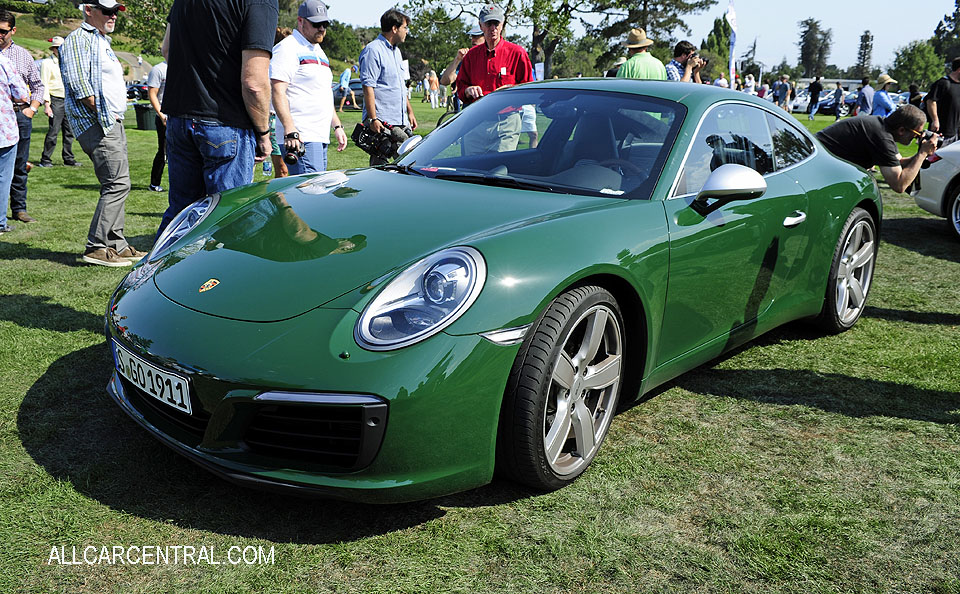 The 911's future? Current Porsche management is aware of the power of the 911 name as a marketing tool. Porsche has stopped marketed the Type number as a model name and just markets all the rear-engined cars as a 911. The internal "Type" numbering is however still used to distinguish the different updates. Example the first liquid cooled 1998 is a Type 996 the next, 2005 is a Type 997. With the current One Million car being a Type 991 Series II, All Marketed as 911's. 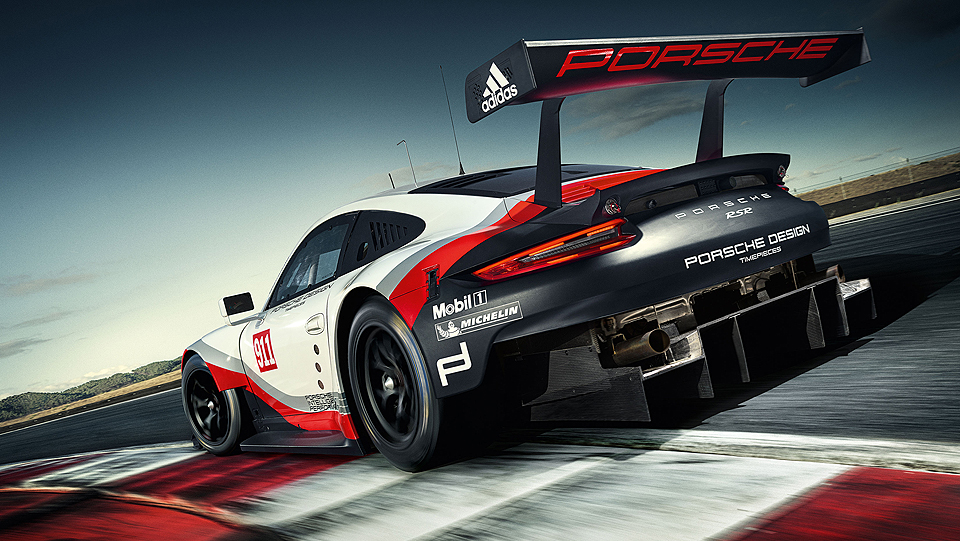 As the last, 2017, 911 race car had a mid-engine, and as the Porsche line now carries 2 models that have mid-engines, will the rear engined 911 morph into a mid-engine sports car? It would not be a bad thing in my opinion. But how about an all electric 911?

It is now at the end of year of 2017 and all the talk is about new energy source power plants and not internal combustion engines.

The Porsche Mission E looks a bit like a 991 version of the 1970 Porsche 911S-Type 915 attempts to design a full 4 seater around the then current 911. So what about an E powered 911. Batteries are still too heavy for a true full E 911 but every small format car is always being increased in size and power.

So maybe a lighter all carbon fiber sport car with 4 in-wheel digital electric motors powered by some new lightweight solid-state battery could make up the future 911. Tesla's first sporty model was built around the all electric concept. Professor Ferdinand Porsche's 1898 vehicle, as well as Porsches land train back around 1912 used some of these electric design concepts. And Porsche is entering Formula E in search of the Next-Best-Thing.