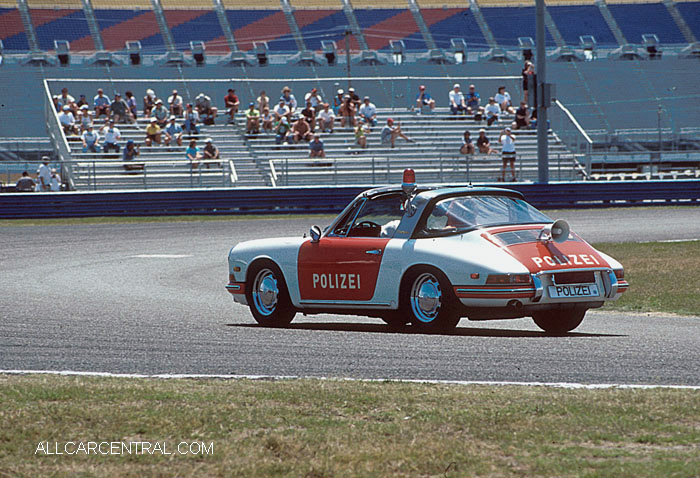 The Porsche Targa was first designed in 1967 to give structural support to an open top 911. The 'Targa' bar was designed as a safety bar and the back window came as a zip-out item to complete the open-top concept. As the weather sealing was not effective with the removable rear window, the zip-out was soon replaced with a permanent one-piece wraparound glass window. The front-top/center section was a harden removable section which needed to be stowed once removed. The overall lines of the Targa was always dictated by the wide 'safety bar' and to my eyes, the Targa never had the smooth 911 look. The 'classic' thick safety bar Targa layout continued through the 1993/4 year. 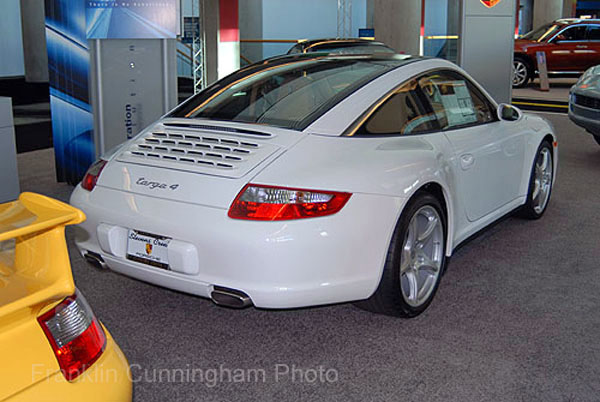 In 1996 Porsche (993) came out with a new Targa design allowing the, now, glass, top to slide back and inside of the car to produce the 'open-top' without the need to remove-and-stow the top section. With the 993 the look of the Targa lost the 'safety bar' and followed the smoother lines of the coupe. This model was ended in 1998 when now water-cooled 911 (996) was completely redesigned.

In 2013 the 911 got another update with the 991, and the latest Targa is released for 2015 regaining the wide distinctive 'safety bar' and one-piece rear wraparound window with a slide back hidden glass top section.

The most striking bit of the design is that the 991 Targa keeps the nice flow of the coupe's line with the old Targa's safety bar and unique rear window. Brilliant! 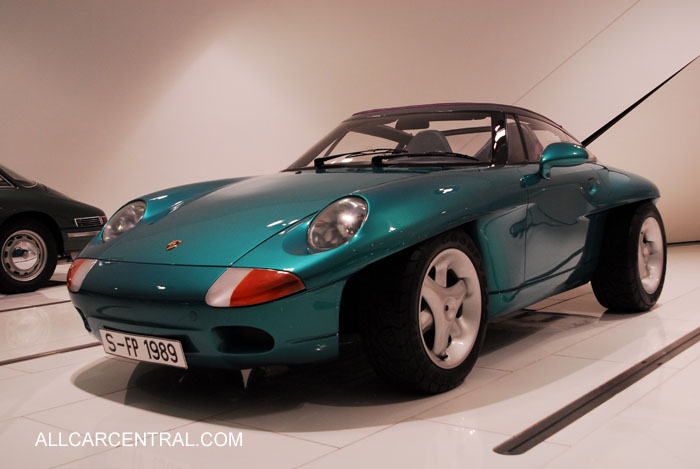 This Car was presented to Ferry Porsche on his 80th Birthday. However the rather low roof line made it difficult for the older Doctor to enter the car. A true Targa design would have removed the offending structure at the door opening. 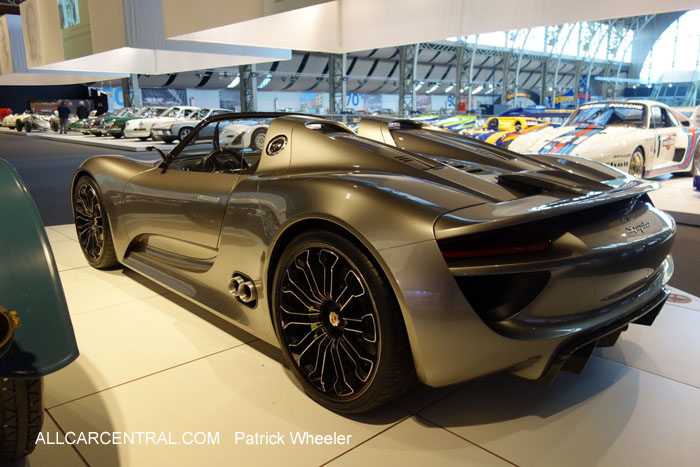 Looking into the future.

2014 Porsche 918 hybrid drive. Note the open Targa type toptop. The 918 is actually classed as a spyder or open top car