This is a new car with less than 100 miles on the OD. We picked it up and loaded our luggage in to the large trunk, and slipped into the front seats to look over the dash and operating controls. The overall layout of the cabin was strait forward and easy to understand, save the 'M' designation on the 2 speed automatic transmission. Seemed to just lock into the lowest gear. More on the trans later.

The Sonic, at 400 miles was only registering 25 MPG, not over whelming for around town and freeway driving over 5 days.

Over all the Chevrolet performed well and served as a good urban car. 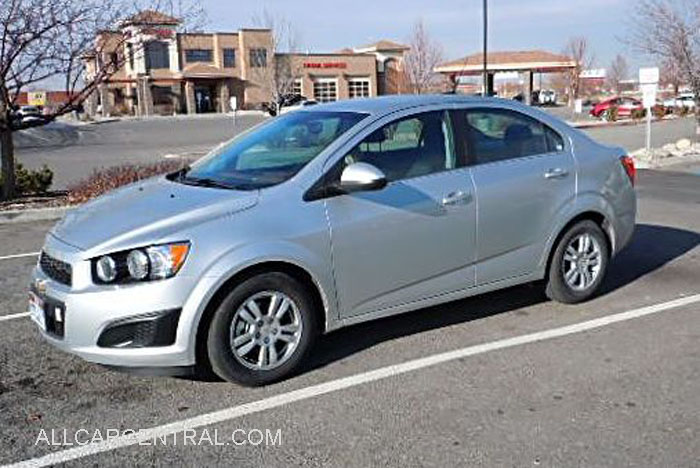 The dash gave off the readings of the temp outside, 19 deg. F. and the gas mileage, which was showing11 per gal. The largest part of the dash display was an analog dial tachometer. Which is cool looking but is questionable with an auto-shifting car. The speed indicator was a digital readout. After some looking over when parked waiting for people I found the dash menus were quite forward for setting the clock, radio, and other readouts. Our daily 2005 and 2006 drivers have much more complicated menu and button combinations to master when accomplishing similar tasks. Interesting how takes 5 years for designers to realize that simpler is better. 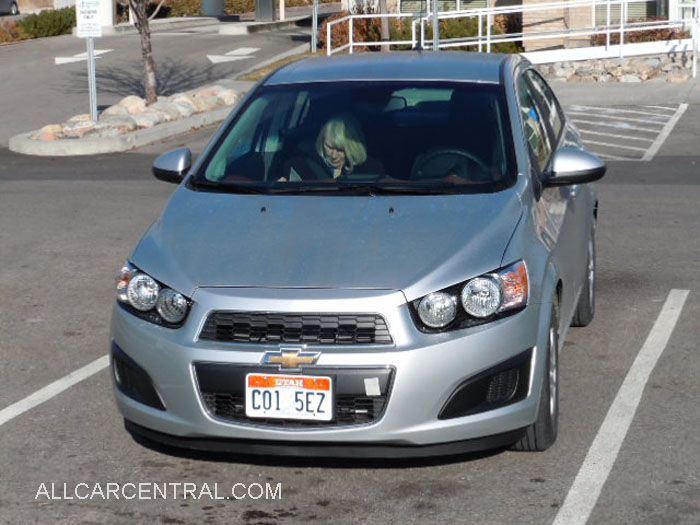 We drove out of the parking area and onto the beltway looking for a gas station and then into downtown streets of Salt Lake City. The Sonic hums and roars along when speed is called for but it does not show much on acceleration. The overall driving experience on the city streets is good with ok visibility all around, although the large headrest on the rear seats can create a large blind spot in some turning situations making some left turns a dangerous situation. The heater came on quickly and kept the cabin warm in the 10 to 20 degree temp. 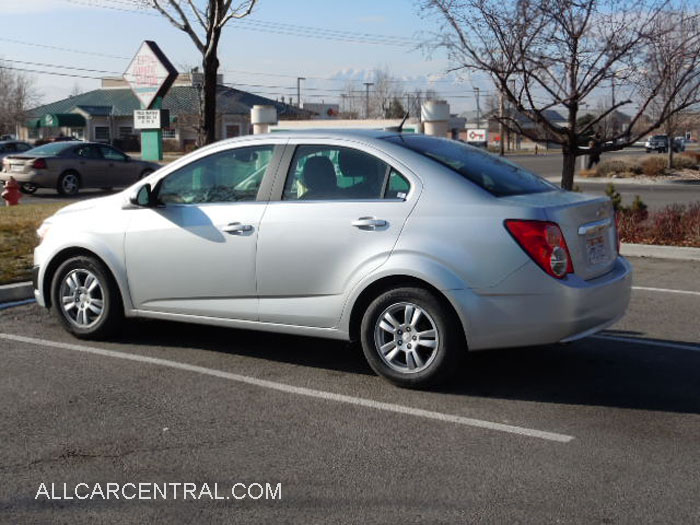 On the freeway the Sonic was comfortable to drive keeping its place in traffic and make the lane changes easily, adding the proper burst of speed when asked for. The brakes brought the car to a quick strait stop when traffic shut down in front of us.

The challenge for the car came when I called on it to climb the Little Cotton Wood Canyon to Snow Bird ski resort. This is a steep climb of about 3000 vertical feet in 6 miles, more or less straight up along the side of a glaceral-cut canyon, with no switchbacks. 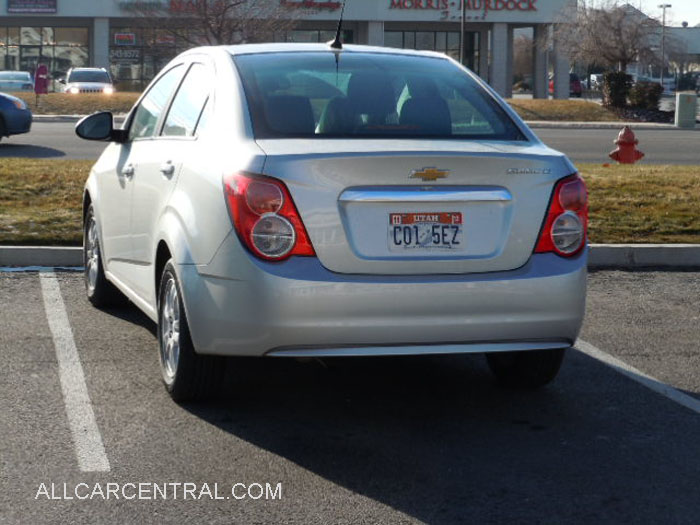 I have driven this canyon many times in past 40 years with several different cars of different eras. The Sonic performed quite well on the climb up, including making a pass on several slower cars in the passing zone near the top. Downhill however the transmission would not give a gear that would allow the engine to do the braking so I had to apply the brake most the way down, which is not the way this road should be descended. It is possible that selecting the 'M' slot would provided the needed gear option, but at the speed which the group of cars were traveling I did not want to drop into a gear that may lockup and cause an unexpected decrease of speed and have the car behind smash into me. Chevrolet has used a 2 speed transmission before and seems to set on that format when others are adding additional gears. Later experimenting in a safer place I discovered that 'M' would hold the car into the gear it was in at the time of shifting. I did not get to check out the hill-holding effects however.